Flynn Was Set Up by FBI, Documents Indicate
0 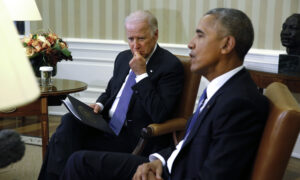 Biden Says He Was Aware of Probe on Michael Flynn
0 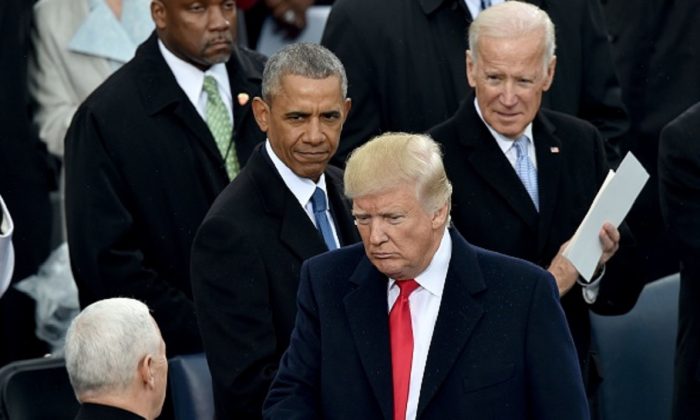 Vice President Joe Biden was among dozens of Obama administration officials who made requests in late 2016 or early 2017 to “unmask” Michael Flynn, the incoming national security adviser for President-elect Donald Trump, a declassified list revealed.

Biden made a request on Jan. 12, 2017, to unmask the identity of Flynn, a retired lieutenant general and former director of the Defense Intelligence Agency.

The National Security Agency (NSA) sent the list to Richard Grenell, the acting director of national intelligence, who conveyed it to lawmakers on May 13.

According to Paul Nakasone, a U.S. Army general who heads the NSA, the list including Biden was of Obama administration officials who submitted requests to the NSA between Nov. 8, 2016, and Jan. 31, 2017, “to unmask the identity of former national security adviser, Lt. Gen. Michael T. Flynn (USA-Ret.).”

The list of recipients “may have received Lt. Gen. Flynn’s identity in response to a request processed between [those dates] to unmask an identity that had been generically referred to in an NSA foreign intelligence report,” he said in a letter to Grenell.

Each person who submitted requests had received the original report, and the unmasking was approved through the NSA’s standard process, he said. Intelligence officials can’t confirm that each individual on the list saw the unmasked information.

Thirty-nine officials in total submitted requests, according to the list.

Former President Barack Obama isn’t on the list, but a host of people who served at top levels in his administration are, including former Director of National Intelligence James Clapper, former CIA Director John Brennan, former FBI Director James Comey, and former U.S. ambassador to the United Nations Samantha Power.

Power made the most requests, with seven total. She told Congress in 2017 that she had “no recollection” of making any unmasking requests related to Flynn.

U.S. intelligence agencies routinely collect the communications of foreign nationals under authorities granted in the Foreign Intelligence Surveillance Act. The names of U.S. citizens are “masked” in such reports to protect their privacy. Certain U.S. officials can formally request the unmasking of the U.S. persons in these intelligence reports. The unmasking requests are subject to limitations and must be approved by the agency that produced the intelligence.

U.S. Ambassador to Russia John Tefft, U.S. Ambassador to Italy John R. Phillips, Treasury Secretary Jacob Lew, and Obama chief of staff Denis McDonough were among the other officials who submitted at least one request.

Some 11 identities were redacted.

Biden, when queried on May 12 about whether he knew of moves intelligence officials made to probe Flynn, said, “I know nothing about those moves to investigate Michael Flynn.”

Pressed on the matter, he responded, “I thought you asked me whether or not I had anything to do with him being prosecuted. I’m sorry.”

“I was aware that there was—that they had asked for an investigation,” he added. “But that’s all I know about it, and I don’t think anything else.”

“This is Vice President Biden using the spying powers of the United States going after a political opponent,” he said, wondering what Obama knew.

Obama knew of details from the wiretapped phone calls involving Flynn and Sergey Kislyak, the Russian ambassador to the United States at the time, another batch of newly released documents showed.

Obama told them he had “learned of the information about Flynn” and his discussions with Kislyak, which Yates said she was shocked to hear.