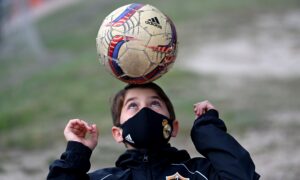 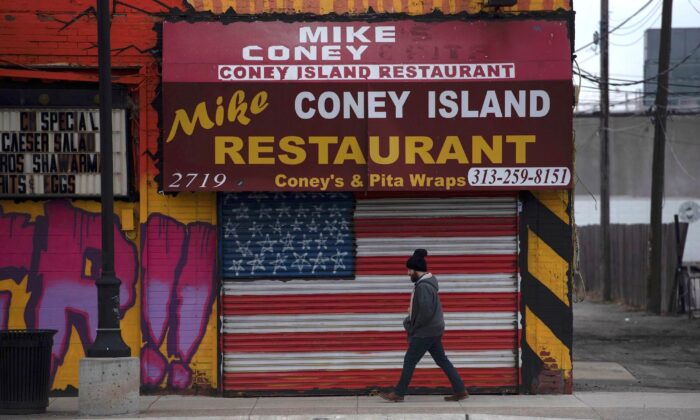 Several advisers to Democratic presidential candidate Joe Biden have rejected the notion of a nationwide lockdown to curb the spread of the CCP (Chinese Communist Party) virus, calling instead for a more nuanced and targeted approach.

Dr. Michael Osterholm, who was recently announced as joining Biden’s CCP virus advisory team, told ABC in a phone interview Thursday that he has not discussed with the Biden transition team his earlier proposal for a weeks-long, nationwide lockdown to curb the spread of the virus.

In his remarks to the outlet, Osterholm also said he doesn’t believe there would be broad backing among Americans for his recommendation of a lockdown of between four and six weeks.

Osterholm, who serves as director of the Center of Infectious Disease Research and Policy at the University of Minnesota, raised eyebrows when he made the lockdown-related remarks to Yahoo.

“We could pay for a package right now to cover all of the wages, lost wages for individual workers for losses to small companies to medium-sized companies or city, state, county governments. We could do all of that,” Osterholm told the outlet. “If we did that, then we could lockdown for four-to-six weeks and if we did that, we could drive the numbers down.”

In a separate interview, Osterholm later said his comments to Yahoo on his lockdown proposal were not meant to be reflective of the Biden team’s position on the issue.

Co-chair of Biden’s CCP virus advisory team, former Surgeon General Vivek Murthy, told Good Morning America in an interview on Nov. 13 that, since spring, thinking has shifted regarding the lockdowns as a way to curb virus spread.

“The way we should be thinking about this is more like a series of restrictions that we dial up or down depending on how bad spread is taking place in a specific region,” Murthy said. “In New York City, for example, what you’re seeing is them target their interventions down to the zip code.”

“So we’re not in a place where we’re saying shut the whole country down. We’ve got to be more targeted,” he continued. “If we don’t do that, what you’re going to find is that people will become even more fatigued, schools won’t be open to children, and the economy will be hit harder.”

“As a group, really the consensus is that we need a more nuanced approach,” said Gounder, who is an infectious disease specialist at the NYU Grossman School of Medicine. “We can be much more targeted geographically. We can also be more targeted in terms of what we close,” she told the outlet.

“I think of this as a dimmer switch, not an on-and-off light switch,” she said. “I think we need to close only those things that really are contributing to the spread, and really try to … as much as possible remain open, like schools, if they’re not contributing the spread,” Gounder added.

Biden, at a town hall ahead of the election, said he didn’t think there would be a need for a lockdown but added that he would listen to the science.