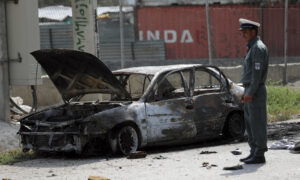 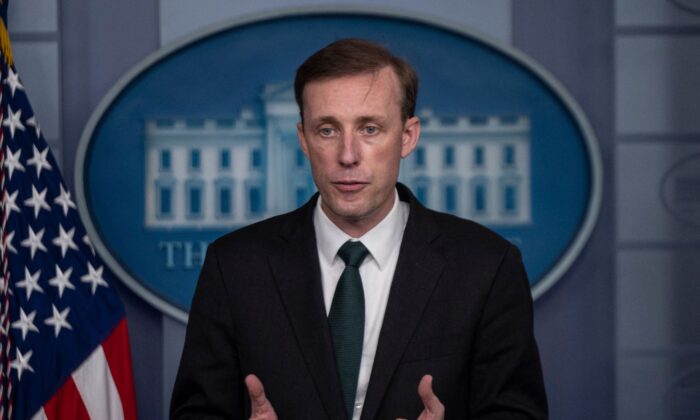 National security adviser Jake Sullivan speaks during the daily press briefing on the situation in Afghanistan at the White House on Aug. 17, 2021. (Andrew Caballero-Reynolds/AFP via Getty Images)
Afghanistan

National security adviser Jake Sullivan said on Aug. 22 that the United States is evaluating a threat in Afghanistan by the terrorist organization ISIS against the airport in Kabul.

“It is something that we are placing paramount priority on stopping or disrupting, and we will do everything that we can for as long as we are on the ground to keep that from happening. But we are taking it absolutely deadly seriously,” Sullivan told CNN.

“Our commanders on the ground have a wide variety of capabilities that they are using to defend the airfield against a potential terrorist attack. We are working hard with our intelligence community to try to isolate and determine where an attack might come from.”

In recent days, as the Taliban took over Afghanistan, there have been reports of ISIS terrorists being released from various prisons, including one inside the Bagram air base.

The threat posed by ISIS is “real” and “acute” in Afghanistan, Sullivan noted.

ISIS has previously battled with the Taliban in remote areas inside Afghanistan, starting in 2015, when ISIS formed a splinter group in Khorasan province. Fighting between the groups broke out several years ago in Zabul province, and more battles erupted in 2017.

“The aim of this attack was to rescue all Daesh members inside the prison, and unfortunately that included five or six senior Daesh people,” one official told The Associated Press last year, referring to a derogatory Arabic term for ISIS.

Some of the prisoners that escaped included one of the group’s leaders, he said.

ISIS recently released a statement via its weekly Al-Naba publication accusing the Taliban of collaborating with the United States and Western forces, WION reported.

According to the ISIS editorial: “During the Taliban’s march into Kabul, we saw how the American troops and the Taliban coordinated directly, and how the evacuation procedures for thousands of Crusaders and spies continued amid strong trust between the two sides.”