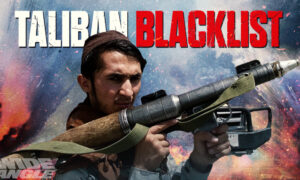 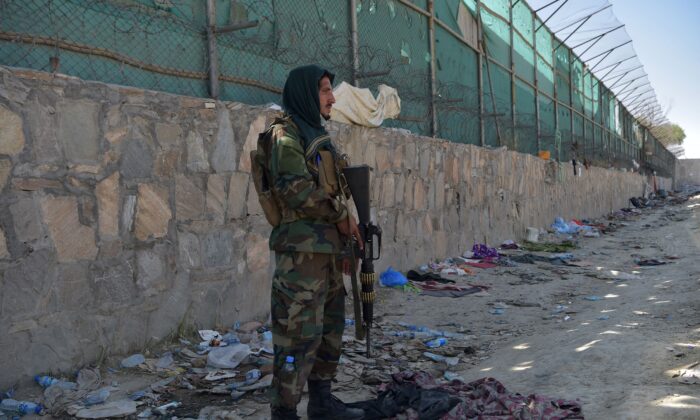 A Taliban fighter stands guard at the site of the Aug. 26 twin suicide bombs, which killed scores of people including 13 U.S. troops, at Kabul airport in Afghanistan on Aug. 27, 2021. (Wakil Kohsar/AFP via Getty Images)
Viewpoints

For the next century historians and military officers will analyze the Biden administration’s Afghanistan withdrawal humiliation. Here are three questions I guarantee will spur debate.

No. 1: Was there any way to convince the Biden administration to reconsider its “perception driven” Beltway media-political strategy in Afghanistan, see the terrible on-the-ground facts as consequential and then take action to stop an impending debacle?

No. 2: How late in summer 2021 could decisive U.S. action have reversed deterioration?

No. 3: Would action in a specific geographic position have positive political and military effects throughout the region?

As for No. 2, I suggest on July 6 deterioration was reversible. The United States still had time to prevent an Afghan national government collapse. Why? Because Afghan national forces still tenuously held Bagram Airfield, the pivotal logistical and operational point for the U.S. and international coalition supporting the Afghan government. With its runways, facilities and material stores, retaining Bagram was arguably essential to the survival of Afghan national forces. Bagram answers No. 3.

July 6 at high noon Washington, D.C., time was the moment for the only action that may have convinced an exceedingly self-certain Biden administration to change the course of its clearly faltering withdrawal.

The change of course: Sending in U.S. military reinforcements and retaking Bagram. These actions would have secured a safe withdrawal of American citizens, Afghan allies and U.S. military personnel, without losing U.S. prestige and angering allies. Moreover, it would have strengthened the resolve of Afghan national forces.

Why? Here are some possible reasons for historians to weigh and dramatists to explore as to why a particular individual rejected this choice. One is a lack of knowledge of the situation on the ground. Character flaws leading to a failure in moral courage is another. Careerism—valuing job prestige over the greater duty—is a third.

Politicization of senior officer ranks is a fourth. Consider Chairman of the Joint Chiefs of Staff Gen. Mark Milley and his unfounded fear that former President Donald Trump was contemplating nuclear war with China. Milley phoned Beijing. He abrogated the constitutional order of the military under civilian control, but Beltway Democrats loved him for it.

As for lack of knowledge: No way. By noon on July 6 the JCS, senior officers in Afghanistan and intelligence personnel were aware of Bagram’s circumstances. The wise understood the effects.

No need to query the CIA. Wire services documented Bagram’s woes. On July 2 Washington Times published an Associated Press report quoting a senior Afghan official who said the U.S. “departure was done overnight without any coordination with local officials.” Looters entered the air base and fought Afghan forces. The official claimed the government had retaken control.

However, in the chaos 5,000 Taliban prisoners jailed at Bagram escaped. In military terms, if given time to acquire weapons, that’s two brigades of Taliban fighters. Bagram had huge stores of supplies.

On July 6 the AP quoted an Afghan soldier as saying that when the Americans left at 3 a.m. on July 2 without warning, “(T)hey lost all the goodwill of 20 years by leaving the way they did, in the night, without telling the Afghan soldiers who were outside …”

Loss of faith in America’s word by allies has profound strategic effects.

Would threatened mass military resignations have given pause to an administration rife with credentialed mediocrities convinced of their own genius? Would they have reconsidered their “perception driven, political optics” Beltway strategy, accepted the horrible facts and acted to stop an impending debacle?

Remember, the threat of mass resignations would have been dramatically bad optics for the Biden cohort. The threat and then the act would have spoken to them in a language they understood—image.

Actual mass resignation would have also made a telling public statement about the military’s duty to defend America.