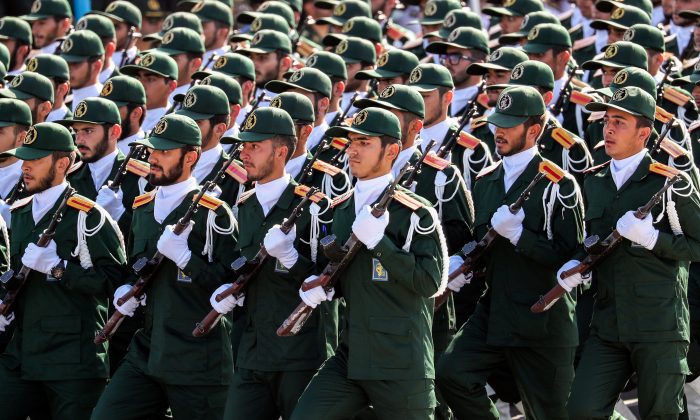 Washington has decided to remove five groups classified under its list of foreign terrorist organizations, including some that have killed hundreds of people, according to reports from multiple media outlets.

On May 13, the U.S. State Department issued notices to lawmakers making it known that terrorist designations of five entities will be formally removed when the determinations are published in the Federal Register, which is expected to take place in the coming week. Copies of these notices were signed by Secretary of State Antony Blinken and obtained by media outlets.

The State Department said on May 15 that revoking the terrorist designation ensures America’s terrorism sanctions remain “current and credible,” according to The Associated Press. Blinken insisted that the designation is based on an administrative review of terrorist designations that is mandated by law to take place once every five years.

“Based on a review of the Administrative Record assembled in this matter and in consultation with the Attorney General and the Secretary of the Treasury, I determine that the circumstances that were the basis for the designation … have changed in such a manner to warrant revocation of the designation,” Blinken wrote in each notice, according to the media outlet.

The five groups to be removed from the terror list include Aum Shinrikyo from Japan, radical Orthodox Jewish group Kahane Chai, an umbrella group of jihadist organizations called the Mujahidin Shura Council in the Environs of Jerusalem, Basque Fatherland and Liberty from Spain, and Egypt-based Islamic group Gama’a al-Islamiyya.

Reviews of these groups considered various factors such as whether the entities have carried out terrorist acts during the past five years, whether they are still active, and if the group’s removal from the list would be in the interests of the United States’ national security.

According to the State Department, Kahane Chai hasn’t conducted an attack since 2005, while Mujahidin Shura Council hasn’t claimed responsibility for an attack since 2013. Both these groups will remain in Washington’s Specially Designated Global Terrorist list, which will ensure that their assets in U.S. jurisdictions continue to remain under sanctions.

The latest amendments come as the Biden administration is actively considering removing the Islamic Revolutionary Guard Corps (IRGC) of Iran from the blacklist as part of its nuclear deal with Tehran, which has attracted considerable criticism.

In a letter addressed to President Joe Biden, a group of 900 Gold Star family members and wounded veterans who have suffered from IRGC terror attacks asked him not to remove the group from the terror blacklist. Doing so would harm veterans and Gold Star families, threaten American lives, and empower the terrorist organization, it warned.

“We therefore urge you—regardless of Iranian demands—not to dishonor the memories of the IRGC’s many American victims, including service members killed while serving their country overseas,” the April 14 letter reads.

“Mr. President, no deal with Iran, the world’s foremost State Sponsor of Terrorism, can be worth sacrificing our nation’s honor and symbolically giving the world’s leading terrorist organization a green light to kill more Americans and enhancing its practical ability to do so.”