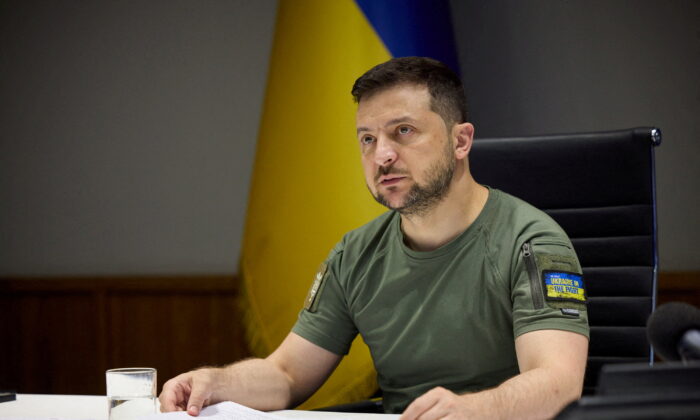 The United States will send out another $4.5 billion to help keep the Ukrainian government afloat, the U.S. Agency for International Development (USAID) said Monday.

The government of Ukraine, which is running on a deficit almost six months into its full-scale military conflict with Russia, is expected to receive the first payment of $3 billion from the $4.5 billion later this month, according to USAID.

Once these additional funds are fully disbursed, the total amount of budgetary support to Ukraine will reach $8.5 billion.

“These funds provided by the United States, through the World Bank, allow the Government of Ukraine to maintain essential functions to its people, including social and financial assistance to Ukrainians further pushed into poverty since the start of the war, children with disabilities, and internally displaced persons,” the agency said.

Shortly after  USAID’s announcement, the U.S. Department of Defense stated that it would also provide an additional $1 billion worth of “security assistance” to help Ukraine meet its “critical security and defense needs.”

This $1 billion package provides “a significant amount of additional ammunition, weapons, and equipment” the Ukrainian people need in their war effort, according to the Pentagon. Specifically, it includes, among many other things, 75,000 rounds of 155mm artillery ammunition, 20,000 rounds of 120mm mortar ammunition, 1,000 Javelin, and hundreds of AT4 anti-armor systems.

“In total, the United States has now committed approximately $9.8 billion in security assistance to Ukraine since the beginning of the Biden Administration,” the Pentagon said.

The announcements come amid questions surrounding “Arming Ukraine,” a CBS documentary about military aid for Ukraine. In its initial Aug. 4 release, the documentary stated that most of the weapon shipments had gone missing on their way to the besieged Eastern European country.

The documentary originally included a quote by Jonas Ohman, a Swedish-Lithuanian journalist and founder of the pro-Ukrainian nonprofit Blue-Yellow. He says in the film that only about 30 percent of the Western arms supplies ultimately made it to the Ukrainian frontlines.

“All this stuff goes across the border, and then kind of like something happens, kind of like, 30 percent maybe reaches its final destination,” Ohman says in the film. His quote was also featured in a CBS article accompanying the documentary.

Rep. Marjorie Taylor Greene (R-Ga.) shared the original CBS article on Twitter, saying: “This one of the reasons I voted NO. It was never about the Ukrainian people.” In May, Greene joined 56 other House Republicans to vote against a $39.8 billion aid package for Ukraine.

Over the weekend, CBS promptly edited that quote out of the film, saying that delivery “has improved” since the filming in April.

“We are updating our documentary to reflect this new information and air at a later date,” CBS said. It also updated the article.