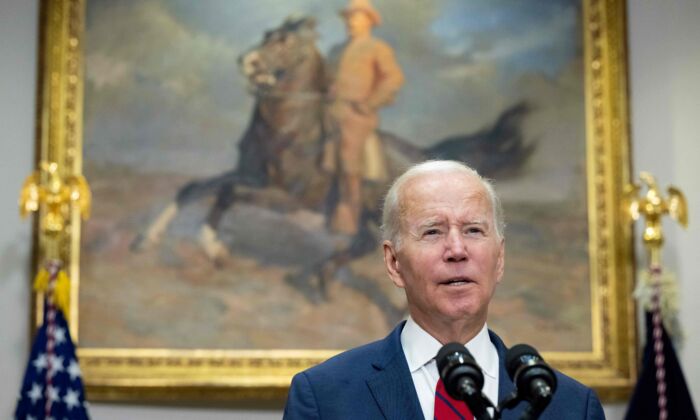 The Biden administration will push to reverse Beijing’s encroaching influence in the Indo-Pacific region when the “first ever” U.S.-Pacific Island Country Summit is held in Washington D.C. on Sept. 28-29.

The Summit aims to broaden existing partnerships between the United States and Pacific Island Countries and territories in which under the U.S.’s Indo-Pacific Strategy, a “free and open Indo-Pacific”—and other related objectives—are being sought.

“The Summit will demonstrate the United States’ deep and enduring partnership with Pacific Island countries and the Pacific region that is underpinned by shared history, values, and people-to-people ties,” according to a White House statement.

“The Summit will reflect our broadening and deepening cooperation on key issues such as climate change, pandemic response, economic recovery, maritime security, environmental protection, and advancing a free and open Indo-Pacific.”

The meeting comes after Beijing and the Solomon Islands signed off on a security pact in April, receiving strong pushback from the U.S., Australia, New Zealand, and Japan.

In response, Kurt Campbell, the Biden administration’s Indo-Pacific coordinator, said the U.S. would “step up” its game by supporting a variety of initiatives across the Pacific.

“It is not just one or two meetings—this is a very sustained effort that will involve almost all the key players in the U.S. government who have interests in the Indo-Pacific,” he told the Carnegie Endowment for International Peace on Sept. 18,

“We’ve seen in the past several years a more ambitious China that seeks to develop a footprint militarily and the like in the Indo-Pacific. I think that has caused some anxiety with partners like Australia, New Zealand, even countries in the region as a whole.”

US Presence in the Indo-Pacific

Robust aid and Peace Corps programs were initially staples of U.S. involvement in the Pacific, but over the years have been allowed to “atrophy” over time, said Campbell.

“There’s also a deeper recognition that in the past we have perhaps paid lesser attention to these critical places than we should have. And I think being honest about that is important,” he added. “And now we’re in the process of rebuilding all of those and more.”

Patricia O’Brien, professor of history in the Asian Studies Program at Georgetown University, said that previously the U.S. premised its Pacific efforts on “[Cold War] geostrategic competition,” and once the Soviet threat was gone, the U.S. saw no need to be in the Pacific anymore, reported Politico.

“[That] provided huge openings for China once they were ready to expand into the Pacific in the 2000s,” O’Brien said.

Meanwhile Beijing’s efforts to fill that gap—attached with conditions—has given Pacific Islands a “hard choice.”

Campbell added that while the U.S. system does not allow “fundamental commitments” for the next administration, he believed that the best policies are those that share bipartisan consensus.

His comments come as the Washington-based United States Institute of Peace (USIP) published a report saying the U.S. should invest in the Freely Associated States (FAS)—the Palau, the Marshall Islands, and Micronesia—to limit Beijing’s influence.

“Beijing sees Pacific Island nations as a low-investment, high-reward opportunity for China to score both symbolic and tactical victories in its global agenda,” the report stated.

“China has not focused on the FAS in its influence-building efforts in the Pacific to the degree it has focused on South Pacific nations, but nonetheless is positioning itself to take advantage of any deterioration in U.S.-FAS relations.”