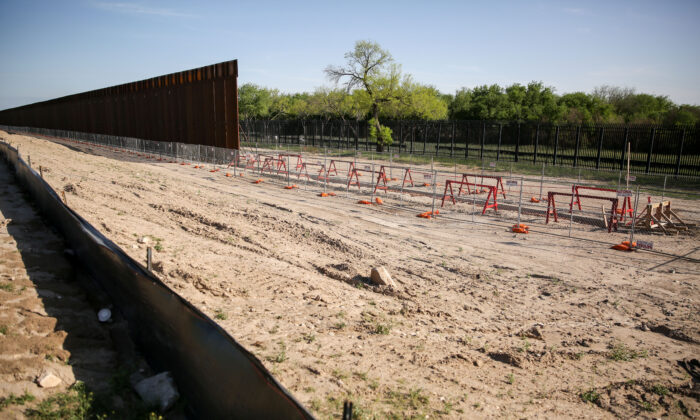 President Joe Biden’s attempts to suspend or end border wall construction are costing taxpayers $3 million per day, with an estimated price tag of at least $1.8 billion, according to a new report by Senate Republicans.

On the day he was sworn in, Biden ordered his administration to pause construction and called for a review of projects and funds. While the halt was supposed to be for 60 days, more than 180 days later, no indication has been given on the results of the review and whether construction will resume.

As the pause continues, Republicans discovered that the suspension initially cost $6 million per day, an amount that was later reduced to $3 million per day after Department of Defense contractors carried out layoffs. The GOP lawmakers cited records obtained from the Senate Homeland Security and Governmental Affairs Committee, including estimates provided by the Pentagon in court filings.

“The Biden Administration is paying contractors at least $3 million per day to guard steel, concrete, and other materials in the desert. At the same time, U.S. Customs and Border Protection (CBP) has encountered over 1.1 million migrants along the Southwest border this fiscal year—a 20 year high. This policy decision raises significant concerns about the Biden Administration’s immigration agenda and requires both Congressional oversight and legislative action,” the senators wrote in the newly released interim report.

“It is absolutely absurd that Americans are paying contractors to guard metal gates that President Biden refuses to install because he wants to ‘study’ the wall,” said Sen. James Lankford (R-Okla.), ranking member on the Senate Homeland Security and Governmental Affairs’ Subcommittee on Government Operations and Border Management, in a statement. “Stubbornly refusing to spend money approved for the wall is not ‘executing’ the law. It’s ignoring the law and ignoring the very real national security concerns posed by illegal entry across our very open southern border.”

Senators who produced the report estimated the administration has spent between $618 million and $708 million to the contractors between Jan. 20 and July 15, and will ultimately spend up to $1.2 billion more to exit the border wall projects.

Trump allocated roughly $16.4 billion to border wall construction and maintenance, with $10 billion coming from the Pentagon.