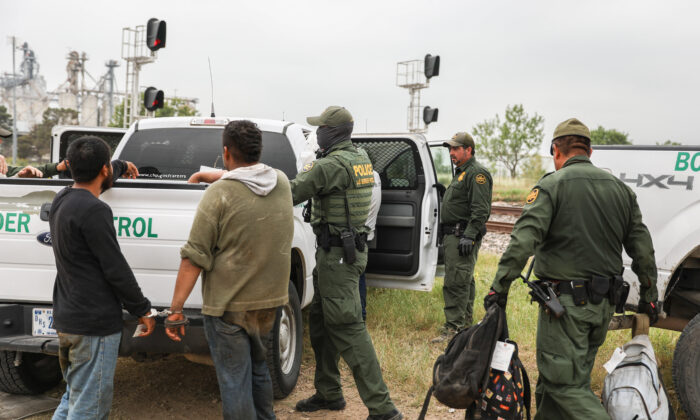 The Biden administration has made “substantial progress” towards the re-implementation of the program, formally known as the Migration Protection Protocols (MPP), government lawyers told a U.S. judge in Texas. The Department of Homeland Security (DHS) has been holding talks with Mexico, finalizing operational plans required to re-implement MPP, prepared immigration courts, and issued contacts required to build hearing facilities near the border, they said.

“DHS anticipates being in a position to re-implement MPP by mid-November—dependent on decisions made by Mexico,” the filing stated.

The program hinges on Mexico’s cooperation because it forces asylum seekers from some countries to wait in Mexico until their claims are heard by U.S. judges.

Mexico said in a statement Thursday that it has been in communication with the U.S. government over immigration but did not specifically mention MPP.

The DHS under former President Donald Trump found the program greatly reduced illegal immigration, a problem that has worsened considerably under Biden after he halted the program and other border enforcement efforts.

Texas and Missouri brought a lawsuit against the Biden administration earlier this year, alleging the way the program was stopped violated federal law. U.S. District Judge Matthew Kacsmaryk, a Trump appointee, agreed, ordering the administration in August to restart the policy.

In the most recent filing in the case, administration officials blamed Mexico for its delay in rebooting MPP. Late last month, officials said they would actually end the program. They planned to issue a new memorandum but only if a court order lifted Kacsmaryk’s decision, which was upheld for now by the Supreme Court but appealed.

In two filings Thursday, government lawyers said they were complying with Kacsmaryk’s order because they were moving in “good faith” to restore MPP, as he directed them. They made no mention of the September announcement, which was made about a week after Texas and Missouri asked the judge to impose a new order on the administration, alleging they were refusing to abide by his previous one.

“The government is implementing the injunction in good faith and is entitled to a presumption of good faith in its actions,” lawyers said.

Mark Krikorian, executive director of the Center for Immigration Studies, which advocates for a lower level of immigration, was among the skeptics of the government’s position.

“The point of the filing is, ‘Please, your honor, don’t hold us in contempt,'” he told The Epoch Times. “I believe that their real goal is to tread water until another judge gives them the decision that they prefer and/or Mexico simply refuses to cooperate.”

Illegal immigration has shot up under Biden, topping 200,000 apprehensions at the southern border in both July and August. Numbers for September still haven’t been released.

If MPP were re-implemented, its impact would depend on how broad the rebooted program was, Krikorian said.

“He could make a significant difference in reducing the number of illegal immigrants coming to the border,” he said. “Because their goal is to be released into the United States. If they don’t get that, then it’s just not as appealing to try.”