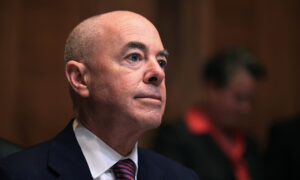 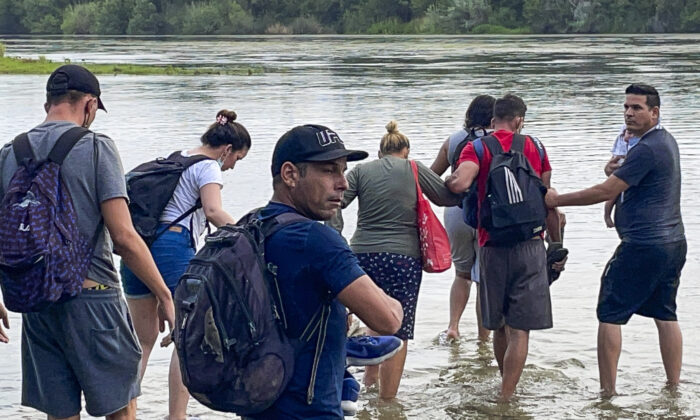 A backlog of asylum cases means the system requires repair, and allowing U.S. Citizenship and Immigration Services (USCIS) officers to decide on asylum applications is the start of replacing the system, the Department of Justice (DOJ) and Department of Homeland Security (DHS) said in a notice of the proposed changes.

The proposed process (pdf) would give the officers the power to unilaterally approve applications for asylum, withholding from deportation, or claims under the Convention Against Torture. If an officer denies an application, the applicant could request an administrative review by an immigration judge.

“Today marks a step forward in our effort to make the asylum process fairer and more expeditious. This rule will both reduce the caseload in our immigration courts and protect the rights of those fleeing persecution and violence,” Attorney General Merrick Garland said in a statement.

“These proposed changes will significantly improve DHS’s and DOJ’s ability to more promptly and efficiently consider the asylum claims of individuals encountered at or near the border, while ensuring fundamental fairness,” DHS Secretary Alejandro Mayorkas added. “Individuals who are eligible will receive relief more swiftly, while those who are not eligible will be expeditiously removed. We are building an immigration system that is designed to ensure due process, respect human dignity, and promote equity.”

The new move is part of the Biden administration’s blueprint for dramatically altering the U.S. immigration system.

Illegal immigrants are supposed to be removed from the United States unless they claim asylum, or “a fear of persecution.”

Most claims of asylum are rejected, including roughly 90 percent of claims from Central Americans.

A backlog of 1.3 million cases, with approximately 610,000 pending asylum applications, is being handled by a corps of immigration judges that numbered 539 as of April. Most asylum-seekers must wait years before their claims are adjudicated.

The situation has been exacerbated by the Biden administration’s ending of the Trump-era Migrant Policy Protocols, commonly known as the “Remain in Mexico” program, and by a slowdown in the hiring of more immigration judges. It’s also been worsened by the leap in illegal border crossings since President Joe Biden took office in January, with the administration on track to set a record this year of illegal immigrant encounters along the U.S.–Mexico border.

Administration officials say that high number “is presenting serious challenges for an already overwhelmed U.S. asylum system” and that the rule would “simultaneously increase both the efficiency and the procedural fairness of the expedited removal process for individuals who have been found to have a credible fear of persecution or torture.”

Others are concerned that the change, if enacted, would trigger a fresh surge of illegal immigration.

“The bottom line is that if you transfer the awesome power of granting asylum to employees who answer to essentially the White House, then they will be ordered to grant asylum to everybody that comes in,” Todd Bensman, senior national security fellow for the Center for Immigration Studies, which describes itself as a nonpartisan research organization that is animated by a pro-immigrant, low-immigration vision, told The Epoch Times.

“If you do that, that will set off a mass migration that’s like nothing that we have ever seen in this country because the entire world will then come on through to get their asylum,” he added, describing the proposed rule as “essentially legalizing illegal immigration, in a very clever way.”

A USCIS spokesperson told The Epoch Times via email that the current asylum system is outdated and that the proposed rule “is a positive step toward implementing the administration’s blueprint for a fair, orderly, and humane immigration system by building a more functional and sensible asylum system that will allow protection claims to be adjudicated quickly, efficiently, and fairly.”

The agency’s asylum officers are trained to conduct adjudications already and receive training in international refugee law, U.S. law, researching information on immigrants’ homelands, interviewing techniques, and how to assess the credibility of claims, the spokesperson said. Many officers hold law degrees and some are former judges.

The new proposal drew some support, including from the Migration Policy Institute, which says it’s a nonprofit guided by the belief that countries need to have sensible, well-thought-out immigration and integration policies.

“The Biden administration’s new rule represents a fundamental retooling of the asylum system that preserves asylum as a bedrock element of the U.S. immigration system while also recognizing that a secure border and deterring unlawful crossings are legitimate and necessary attributes of an effective, credible immigration system,” Doris Meissner, a former commissioner of the U.S. Immigration and Naturalization Service who now directs the institute’s U.S. immigration policy work, wrote in a blog post.