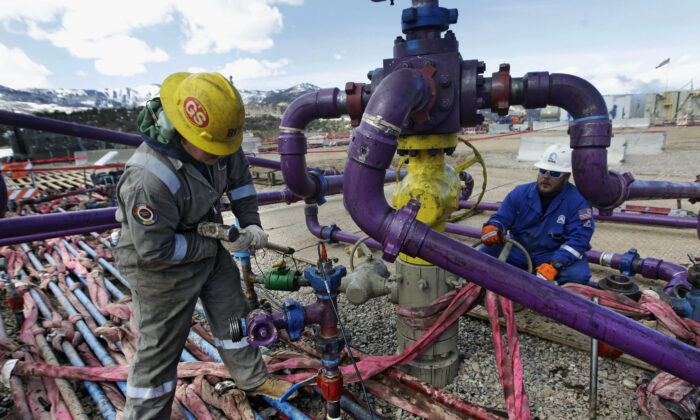 President Joe Biden’s administration has postponed oil and gas lease sales that were slated to take place next month to comply with an executive order he issued on climate change.

Biden in January had ordered the Department of the Interior to pause new oil and natural gas leases on public lands or in offshore waters, pending completion of a comprehensive review.

The department on Feb. 12 postponed two sets of lease sales: one on sales planned for Colorado, Montana, Utah, and Wyoming, and another for the Gulf of Mexico.

“We remain hopeful that the Administration will proceed with the lease sale upon completion of its review,” Erik Milito, president of the National Ocean Industries Association, said about the postponements.

The group, which represents the offshore energy industry, added in a separate statement that the Department of Interior already completed multiple environmental reviews and specifically considered the climate effects in 2016 during the Obama administration.

But Kristen Monsell, the oceans program legal director with the Center for Biological Diversity, a nonprofit conservation group, said postponing the lease sale “helps protect our climate and life on Earth.”

“President Biden understands the urgent need to keep this oil in the ground,” she said. “This is a great step toward phasing out all offshore drilling and bringing environmental justice to the Gulf Coast and Alaska. We need to help restore coastal communities and marine life.”

Biden’s order to halt leases was challenged in court soon after it was issued, including by the Denver-based Western Energy Alliance, which called the suspension “both arbitrary and capricious and contrary to law,” and it asked a judge to declare the suspension invalid.

An alliance-commissioned study last year found that tax revenue losses under a drilling ban would average $2 billion per year across Western states.

Wyoming Gov. Mark Gordon, a Republican, recently ordered state agencies to review the financial impact of Biden’s lease ban, which he said was “misguided and destructive,” while Sen. Cynthia Lummis (R-Wyo.) introduced a bill last month that would limit the White House from blocking new leasing without approval from Congress.

Biden’s team has said his order was part of a series of “unprecedented executive actions to drive historic progress” on climate change. The president hopes to put into place an enforcement mechanism to achieve net-zero emissions, or balancing emissions with absorption, by 2050.