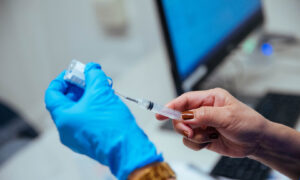 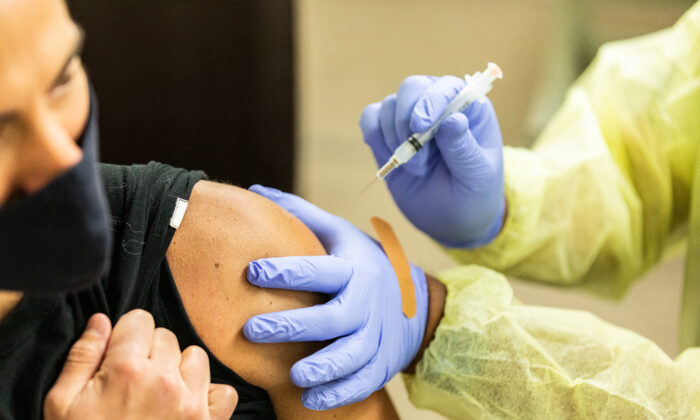 The Biden administration is seeking to leverage influencers—including community, religious, and celebrity partners—to promote COVID-19 vaccinations in a bid to overcome hesitancy and persuade more Americans to get the jab.

The Department of Health and Human Services (HHS) on April 1 announced the rollout of the COVID-19 Community Corps, a nationwide network of “trusted messengers” that, equipped with an arsenal of ads and other forms of messaging, intend to increase confidence in COVID-19 vaccines—and boost their uptake.

Besides urging Americans to get a COVID-19 vaccine, the coalition of “trusted influencers”—which includes athletes, doctors, business people, and faith-based community leaders—will continue to promote the message that people shouldn’t let up with measures such as social distancing and mask-wearing.

Vice President Kamala Harris and Surgeon General Vivek Murthy met with the more than 275 inaugural members of the community corps on April 1.

Courtney Rowe, the White House’s COVID-19 director of strategic communications and engagement, briefed governors on the new initiative on March 30, telling them that people “want to hear from those they know and trust.” She added that the initiative would be “empowering the leaders people want to hear from.”

The coalition includes health groups such as the American Medical Association and the National Council of Urban Indian Health; sports leagues such as the NFL and MLB; rural groups; unions; Latino, black, Asian American and Pacific Islander, and Native American organizations; and coalitions of faith, business, and veterans leaders.

Seeking to broaden communication efforts, the HHS is urging established influencers and other potential partners to join the effort.

“Through robust partnerships, we aim to amplify messages and extend campaign activities to reach the public, including communities disproportionately affected by the pandemic,” the HHS stated on the campaign website, which provides resources such as factsheets and infographics available for public use.

The coalition and campaign rollout comes as the U.S. vaccination drive gains steam, with the Centers for Disease Control and Prevention (CDC) recently reporting more than 3 million doses administered for three consecutive days for the first time. The agency stated that more than 150 million doses in total have been administered, more than halfway to President Joe Biden’s updated goal of 200 million doses in his first 100 days in office.

Tempering optimism about vaccine distribution, however, is a rise in COVID-19 infections in the United States, with more than 63,000 daily new cases recently reported, based on a seven-day average of Johns Hopkins University data.