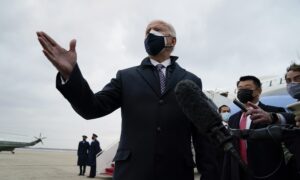 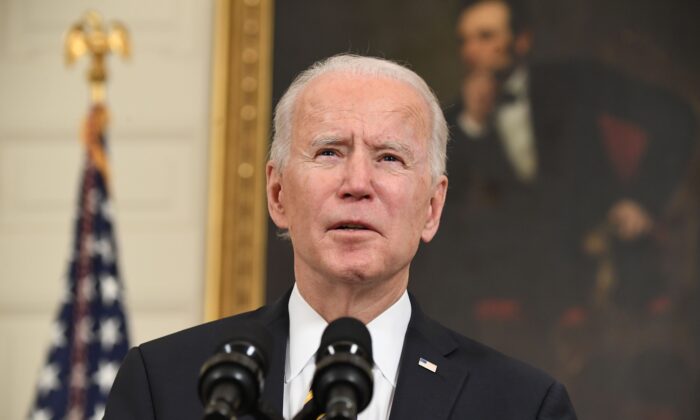 President Joe Biden’s administration is holding child migrants at the southern border for up to five days, in violation of an agreement that stipulates children should only be held at Customs and Border Protection facilities for a maximum of 72 hours in most cases.

“There were some delays last week because of weather and because some of these facilities to safely move these kids to did not have power and were not in a place where they could—they had the capacity to take in these kids and do it safely. That is not our objective; that is not our goal,” White House press secretary Jen Psaki told reporters in Washington.

“So some, unfortunately, did stay four days, five days, or longer. But the objective is to move them as quickly as possible to the HHS-sponsored facilities.”

Winter storms struck Texas and other southern states earlier this month, leading to widespread power outages and other issues.

Under the 1997 Flores Settlement Agreement, border agents are supposed to transfer a minor from border facilities to more permanent housing, run by the Department of Health and Human Services (HHS), within three days in most cases. The 72-hour limit was strengthened in 2008 with the passage of the Trafficking Victims Protection Reauthorization Act.

“The objective is to move kids, unaccompanied minors, as quickly as possible, under 72 hours, to these HHS-sponsored facilities,” Psaki said.

Customs and Border Protection didn’t immediately respond to a request by The Epoch Times for comment.

Asylum-seekers wait in line to get a meal at a migrant camp in Matamoros, Mexico, on March 31, 2020. (Veronica G. Cardenas/Reuters)Brandon Judd, the president of the National Border Patrol Council, told Breitbart that border agents were holding more than 800 minors as of Feb. 22, with 212 remaining in custody over the 72-hour limit.

The facilities are such that social distancing amid the COVID-19 pandemic isn’t possible, according to Judd.

Psaki’s admission came as the administration faces criticism for reopening a child migrant holding facility run by HHS in Texas that was shuttered after a short time following its opening during the Trump administration.

“This is not okay, never has been okay, never will be okay – no matter the administration or party,” Rep. Alexandria Ocasio-Cortez (D-N.Y.) wrote on Twitter on Feb. 23.

“The human rights of migrants and migrant children is not a partisan issue. The fact is this is shameful. @POTUS must reverse course,” added Rep. Rashida Tlaib (D-Mich.).

Psaki said the situation is difficult because unaccompanied children are crossing the border and must be dealt with.

“What we are doing is working as quickly as possible to process these kids into these HHS facilities, which have been revamped, which have medical and educational services available, so that we can then transfer them to families. That’s what our approach is.”