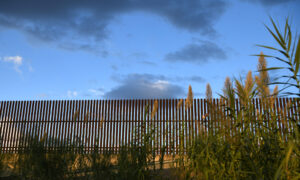 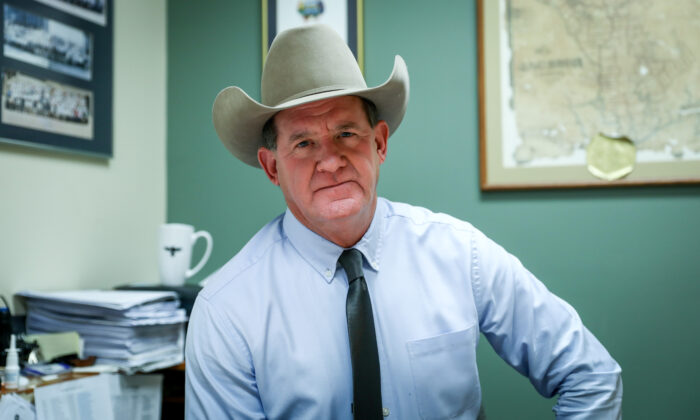 A sheriff in Texas is voicing concern that Americans will have to “pay a price” for the total chaos unfolding at the southern border.

“This is the first time in U.S. history where the federal government has gone back on rejected asylee applicants, in the last year or so, and they’re reaching out to them to bring them back into the United States,” Sheriff A.J. Louderback told The Epoch Times of President Joe Biden’s immigration policies.

He said Biden’s reforms have seen U.S. government employees contact asylum-seekers rejected during the Trump administration and encourage them to reapply for asylee status under the Biden administration.

The five-term sheriff from Jackson County added that the Biden administration has basically “dismantled every piece of the Immigration Naturalization Act,” meaning that any individual from any country is being “invited” to enter into the United States, “whether you’re seeking asylum or not.”

Under President Donald Trump’s Migrant Protection Protocols, asylum-seekers were housed in Mexico while awaiting the court’s decision on their application. But Biden recently banned all deportations, and immigrants are now seen offering themselves to Border Patrol agents so they can be processed, given Notice to Appear documents, and allowed into the United States without any testing for COVID-19 or need for vaccinations—which Louderback characterizes as “absolute hypocrisy.”

The sheriff said that he had heard from Border Patrol agents working the Rio Grande Valley sector that in the past three weeks, they’ve seen around 1,000 people per day crossing into the United States.

“Where are they going to go?” he said.

He then warned the American public that they haven’t been told the truth about the wide-ranging impacts that such a flow of illegal immigrants has on the communities they pass through and settle in.

He noted that the flow of people brings money and power that enriches cartels that claim territory (plazas) adjacent to the border, through which their coyotes can charge passage. Such cartels are also known to smuggle narcotics and weapons across the border.

“If you want access to the border through the plazas, you will pay what’s called a peso to the Gulf Cartel in this area, and that peso averages at a low of about $250 per person. So [at] 1,000 [people crossing] a day, you’re looking at a quarter-million dollars a day coming in and funding the cartel for its future violence, and the future enhancement of all things criminal that go on here in Texas … in the United States,” Louderback said.

Biden’s policies are helping funnel people into this illegal trade, he said.

“We’re allowing the cartels to fund themselves, enrich themselves at the cost of these people.”

Many of the new arrivals have no contacts in the United States and end up receiving help from a Catholic charity organization that arranges contacts and travel for them throughout the United States. But a lack of community ties leaves the aliens vulnerable to slavery and criminality, Louderback said.

“You know, in a likely situation where you have a mass of people who come into a community, fresh and new, not knowing anybody or knowing very few people, what’s going to happen with them? Many of them are going to be indentured to the cartel.

“Having a secure border defines us as a country,” the sheriff said. “I think people need to pay attention to that.”