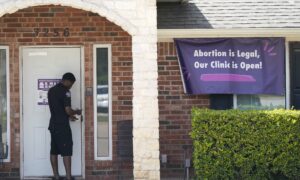 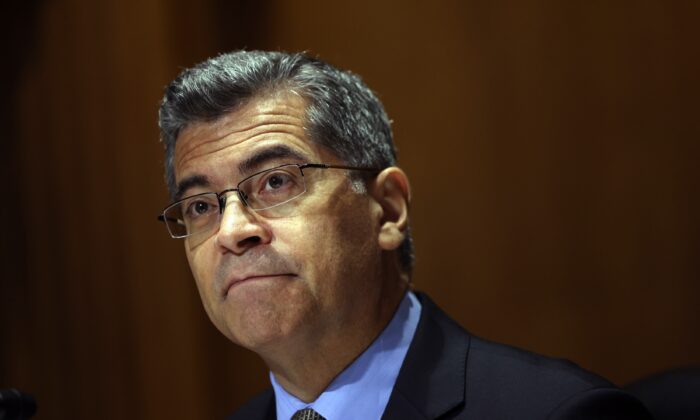 President Joe Biden’s administration on Friday pledged support for abortion providers and patients in Texas after losing an initial step in a legal case against the state’s new anti-abortion law.

Biden’s health secretary, Xavier Becerra, said that his department was providing funding to Every Body Texas, a nonprofit that says it supports abortions by administering Title X funding.

The funding is to help the organization “respond to the anticipated increase in clients’ needs for emergency contraception and family planning services,” the Department of Health and Human Services (HHS) said in a statement.

The agency also plans to award up to $10 million in grants to other Title X eligible organizations, including in other states, that can demonstrate “a need resulting from an influx of clients” as a result of the new law, Texas Senate Bill 8.

New Mexico—among other states—has said it has already seen more women than normal seeking abortions after the bill went into effect on Sept. 1.

The other prongs are emphasizing existing law that is applicable in the matter.

HHS emphasized that it will enforce the Church Amendments, which protect healthcare workers who performed or assisted with abortions. If healthcare workers believe they have been discriminated against due to work on abortions, they can file a complaint with the HHS.

The new law allows civil lawsuits to be brought against doctors or others who allegedly perform or assist with illegal abortions.

In addition, the Centers for Medicare and Medicaid, an office in HHS, issued a memorandum telling abortion providers that the Emergency Medical Treatment and Labor Act outlines how doctors must provide “stabilizing medical treatment” to pregnant women who go to a hospital emergency room and request a specific treatment.

If an emergency medical condition is identified, then that “preempts any directly conflicting state law or mandate that might otherwise prohibit or prevent such treatment,” the memo stated.

“Every American deserves access to health care no matter where they live—including access to safe and legal abortions,” Becerra said in a statement.

“In response to President Biden’s directive, HHS is taking actions to support and protect both patients and providers from this dangerous attack on Texans’ health care. Today we are making clear that doctors and hospitals have an obligation under federal law to make medical decisions regarding when it’s appropriate to treat their patients. And we are telling doctors and others involved in the provision of abortion care, that we have your back,” he added.

Every Body Texas thanked the Biden administration in a social media post, writing that in light of the new law, “free and low-cost access to [emergency contraception] is more important than ever.”

The Biden administration and abortion providers in Texas have sought to overturn the pro-life law, but have failed so far in the courts. The Supreme Court rejected an attempt by providers to block the law until the matter was fully adjudicated, and a lower court this week kept the law in effect until at least Oct. 1, when the judge will hear arguments for and against the measure.

Texas Gov. Greg Abbott’s office did not immediately respond to a request for comment.

“There are no lengths the Biden administration won’t go to in their drive to prop up the abortion industry and impose abortion on demand up to birth nationwide, on a public that resoundingly rejects their agenda,” Marjorie Dannenfelser, the group’s president, said in a statement.