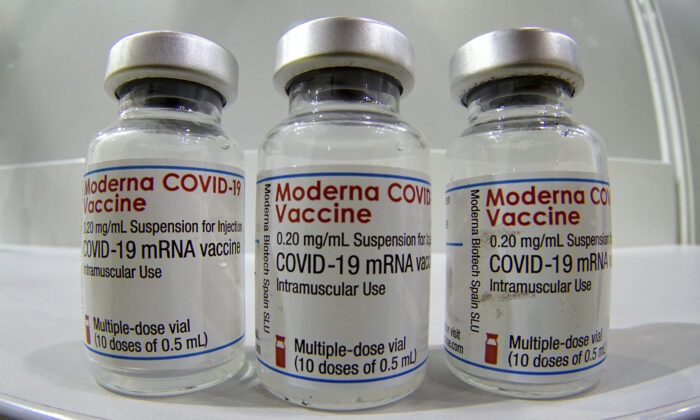 Officials said on Nov. 17 that the Department of Health and Human Services (HHS) will reach out to mRNA vaccine manufacturers to identify opportunities to scale up production with the goal of increasing capacity to a billion doses per year starting in the second half of 2022.

Officials say this will help the U.S. distribute vaccines globally to deal with the current outbreak of the Chinese Communist Party (CCP) virus that causes the disease COVID-19 and help prepare for future pandemics.

White House coronavirus response coordinator Jeff Zients said on Nov. 17 that the plan will help the country produce vaccines within six to nine months of identifying a future pathogen.

“[The program] would combine the expertise of the U.S. government in basic scientific research with the robust ability of pharmaceutical companies to manufacture MRNA vaccines,” said Zients.

The project will be funded using part of the $1.9 trillion American Rescue Plan signed in March, 2021.

Zients said the administration hopes pharmaceutical companies will “step up and act quickly” to take the government up on its plan.

Pfizer is the only company currently producing fully FDA-approved mRNA vaccines for COVID-19.

The administration continues to say vaccines are the best way to accelerate the country out of the pandemic.

The United States has committed to distribute 1.2 billion doses free to countries around the world “with no strings attached.”

Zients said it has so far sent out 250 million doses to 110 countries—more than all other countries in the world combined.

He called this effort “a remarkable achievement.”

The World Health Organization has estimated that 11 billion doses are needed to immunize the globe against the CCP virus.

Domestically, 80 percent of Americans 12 years and older have received at least one shot of vaccine and 10 percent of all kids aged 5-to-11 have had their first shot—only 10 days after that part of the population was approved for vaccination—according to the White House.