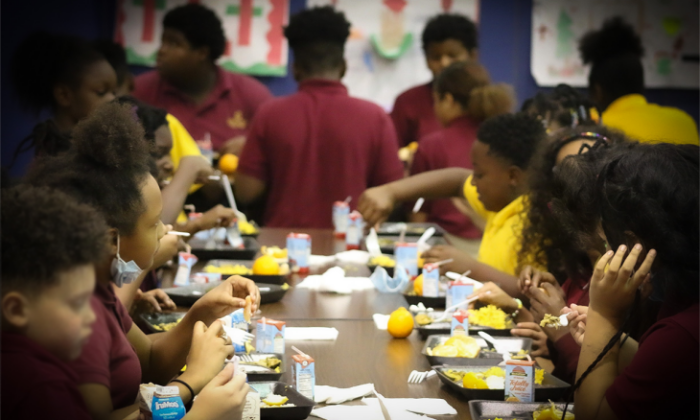 PUNTA GORDA, Fla.—The Biden administration and Florida’s agriculture commissioner say they intend to approve applications for funding to continue to serve free meals for low-income children at Grant Park Christian Academy—just days before the school was to begin a new school year and a lawsuit was to be heard in federal court over the lunch program matter.

On July 27, the Tampa Christian school filed a lawsuit against the president and commissioner Nikki Fried over revised federal regulations on discrimination, as was reported by The Epoch Times.

Alliance Defending Freedom (ADF), a conservative group representing the school, said the new policies regarding discrimination against sexual orientation and gender identity would violate its religious beliefs and result in students being denied access to free and nutritious lunches.

In a turn of events on Aug. 7, a joint motion was filed where state and federal government officials said they would approve the school’s application and grant a religious exemption and provide necessary funding for the 2022-2023 school year.

The school will begin classes on Aug. 10; the original court date for the lawsuit was Aug. 11.

ADF attorneys said that a lawsuit should have never happened.

“It shouldn’t have taken a lawsuit to get the government to respect religious freedom,” legal counsel Erica Steinmiller-Perdomo said in a prepared statement to The Epoch Times.

“Grant Park Christian Academy treats every child with dignity and respect and never turns away a hungry child.

“Now, provided the government follows through and approves Grant Park Christian Academy’s application and confirms its exemption, this private school can continue feeding dozens of children healthy meals every day.

“We will defend other public and private schools across the country who remain under the burden of this unlawful mandate that violates religious beliefs.”

“Our kids depend on our school’s lunch program to eat balanced, nutritious meals and we’re breathing a sigh of relief that we can continue this vital outreach to the Grant Park community,” Johnson said in a written statement.

“While it’s unfortunate we even needed to file this lawsuit in the first place, we’re pleased to see it resolved quickly with the assistance of ADF.”

In May, the USDA announced it would require compliance of all schools receiving federal aid for the lunch program to its revised regulations under Title IX, a 50-year-old law that was written to prevent discrimination on the basis of sex by educational programs that receive federal dollars.

The lawsuit said that the revised regulations expanded the definition of “sex” to include “sexual orientation and gender identity and would prevent the school from having sex-specific restrooms, violate its dress code policy and require students to use “preferred pronouns.”

It contended that the school’s curriculum is based “on the biblical worldview about marriage, sexuality, and the human person,” and defines marriage as being a union between “one man and one woman” as “delineated by scripture,” and deviating from one’s biological sex “goes against God.”

According to the motion that was filed on Aug. 7, “the parties will confer further” in an effort to “identify whether any issues remain in dispute,” and will “notify the court whether further briefing or motion practice will be necessary.”