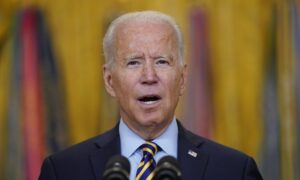 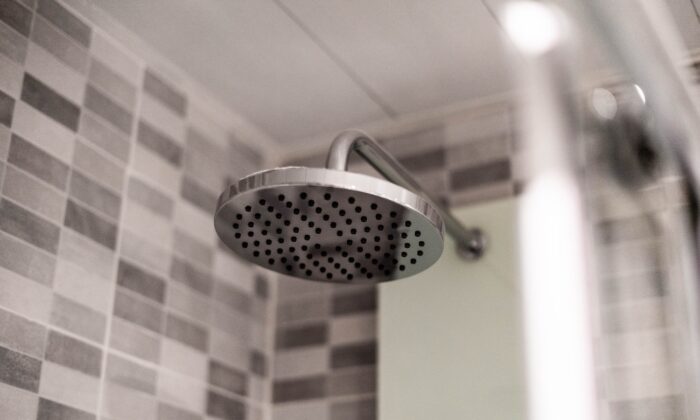 A showerhead. (Kevin Baquerizo/Unsplash)
US News

The Energy Department announced Friday in a document (pdf) that it will reinstate the definition of the word “showerhead” that was from 2013 during the Obama administration, in effect reversing the Trump administration’s rule on showerhead flow.

The 2013 definition meant that for a given showerhead fixture—which could include multiple nozzles, such as in the case of rigid riser showers—no more than 2.5 gallons of water should flow out per minute (9.5 liters).

A federal law in 1992 (pdf) required that showerheads couldn’t use more than 2.5 gallons of water per minute, but did not define whether a showerhead was an individual nozzle or the entire showerhead fixture.

In December 2020, the Trump administration finalized a new definition for “showerhead” such that each nozzle would be able to have the maximum 2.5-gallon per-minute water flow, instead of the overall showerhead fixture.

The Energy Department’s latest proposed rule change, set to be published in the Federal Register next week, reverts to the Obama-era standard. The public will have 60 days to comment before a final rule is developed.

The change will ensure that consumers continue to save money while reducing water use and paying lower energy bills, the Energy Department said.

“As many parts of America experience historic droughts, this commonsense proposal means consumers can purchase showerheads that conserve water and save them money on their utility bills,” Kelly Speakes-Backman, acting assistant secretary for the department’s Office of Energy Efficiency and Renewable Energy, said Friday, reported The Associated Press.

In its proposed rule change, the Energy Department is seeking to remove the definition of “body spray” that was adopted in December 2020. The rule allows “body sprays” to circumvent congressional intent to promote water conservation simply based on orientation of the water flow—a side spray rather than overhead.