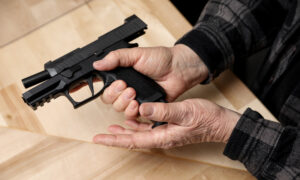 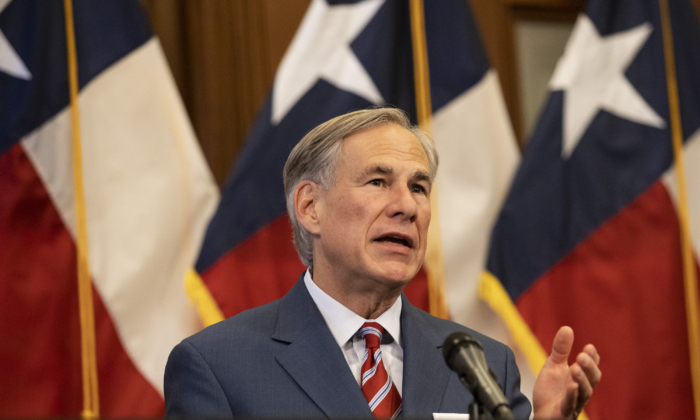 The Biden administration on Monday said it may file a lawsuit against Texas after Gov. Greg Abbott recently signed an order to pull state licenses for shelters that house unaccompanied minors who recently crossed the U.S.-Mexico border.

Late last month, Abbott signed an order mandating that officials need to end state licenses for the shelters being used by the federal government within 90 days.  The federal government—and typically the Department of Health and Human Services (HHS)—is responsible for caring for and housing unaccompanied minors, according to immigration law.

HHS Deputy General Counsel Paul Rodriguez sent a letter (pdf) to Abbott, a Republican, and other Texas officials and warned them that Abbott’s recent move to rescind state licenses from federal immigration facilities would lead to a lawsuit, arguing that it would violate immigration law.

“Although we prefer to resolve this matter amicably, in light of the legal issues outlined above, HHS is consulting the U.S. Department of Justice and intends to pursue whatever appropriate legal action is necessary to ensure the safety and well-being of the vulnerable youth that Congress entrusted to [HHS],” Rodriguez wrote.

The HHS’s Office of Refugee Resettlement operates more than 50 state-licensed facilities in Texas, Rodriguez added in his letter. As those facilities “comprise a significant portion of [the agency’s] total operational footprint, and represent an indispensable component of the federal immigration system,” Abbott’s recent order is a “direct attack” on that system, he said.

The order, the letter added, “facially discriminates against the federal government and its grantees in violation of the Supremacy Clause.” As a result, it stated, Abbott and other Texas officials need to clarify by June 11 whether the proclamation applies to 52 state-licensed shelters.

“Absent an understanding with Texas by June 11 … HHS will be prepared to pursue all available relief,” Rodriguez said.

Abbott responded to the HHS letter by saying it’s part of a pressure campaign on behalf of the White House to support its immigration policies. Abbott and other Republicans have been sharply critical of President Joe Biden’s immigration mandates, alleging the president has issued directives designed to dismantle the immigration laws.

“The Biden administration is yet again pressuring Texas to aid its illegal immigration program and force our state to do its job,” the governor said. “The federal government caused this problem and should be solely responsible for the care of these children. No child will be uncared for. Texas will remain focused on doing our job—protecting Texans.”

Biden and White House officials have claimed the administration was left a broken immigration system, although former President Donald Trump and former Trump-era officials have denied the claims.