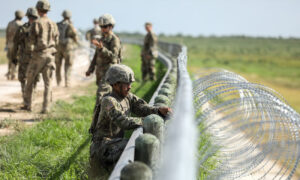 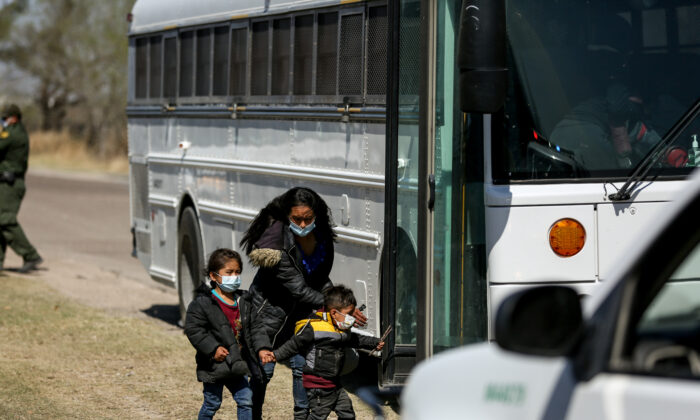 FEMA to Assist at Border Amid Influx of Unaccompanied Minors

The Biden administration said on March 13 that it has directed the Federal Emergency Management Agency (FEMA) to assist at the U.S. southwest border in response to the arrival of “record numbers” of illegal immigrants, including unaccompanied minors.

The emergency management agency will support the government effort over the next 90 days to receive, shelter, and transfer unaccompanied children who cross the border illegally, according to the Department of Homeland Security (DHS). FEMA is an agency of the department.

“I am incredibly proud of the agents of the Border Patrol, who have been working around the clock in difficult circumstances to take care of children temporarily in our care. Yet, as I have said many times, a Border Patrol facility is no place for a child,” DHS Secretary Alejandro Mayorkas said in a statement.

“We are working in partnership with HHS to address the needs of unaccompanied children, which is made only more difficult given the protocols and restrictions required to protect the public health and the health of the children themselves. Our goal is to ensure that unaccompanied children are transferred to HHS as quickly as possible, consistent with legal requirements and in the best interest of the children.”

The announcement comes as the influx of unaccompanied children at the U.S.–Mexico border has reached new highs since the last crisis in 2019. The number of illegal crossings is skyrocketing as President Joe Biden begins implementing his plan, which he campaigned on, to roll back Trump-era immigration rules and policies aimed at curbing the flow of illegal immigration.

Last month, U.S. Customs and Border Protection (CBP) stated that it had 100,441 enforcement encounters at the southwest border for the month, which is almost triple the enforcement actions from a year earlier, when CBP encountered 36,687 individuals. It’s also significantly higher than the 76,545 encounters in February 2019, which was at the beginning of the previous border crisis.

The number of encounters at the southwest border has been rising steadily over the last few months. Between October 2020 and January 2021, the number of enforcement encounters was 296,259, an 79.6 percent increase from 164,932 for the same period a year earlier, according to CBP data.

The White House is still refusing to call the influx of illegal immigration a “crisis,” despite mounting pressure to do so. Instead, press secretary Jen Psaki appeared to dismiss the pressure, by saying “it doesn’t matter what you call it.” But she acknowledged that the issue is “an enormous challenge” for the administration.

“What I’ve conveyed is it doesn’t matter what you call it, it is an enormous challenge, it is something front and center for the president,” Psaki said at a press briefing.

“While there are no final policy decisions, there are a variety of actions under consideration, including identifying and assessing other licensed facilities that can help add safe capacity for these children.

“The president is very focused and very in the weeds on the operational details here and pushing his team to take every step that can be taken to address exactly what you noted.”

In his statement, Mayorkas urged migrants to not take the dangerous journey of trying to enter the United States illegally.

“It is never safe to come to the United States through irregular channels, and this is particularly true during a pandemic,” Mayorkas said. “To effectively protect both the health and safety of migrants and our communities from the spread of COVID-19, individuals apprehended at the border continue to be denied entry and are returned.”

The sharp increase in unaccompanied minors arriving at the border, in the weeks following the Biden administration’s reversing of several Trump-era immigration policies, has prompted it to open more overflow shelters to handle the influx.

Mayorkas said on March 1 that instead of “expelling young children” to Mexico while processing their asylum claims, as was done under the Trump administration, DHS is working to release minors to relatives or sponsors in the United States if the minors are from Guatemala, Honduras, or El Salvador.

Biden has also temporarily ended former President Donald Trump’s ban on travel from terror-prone countries, halted the remaining construction of the border wall, and has issued a sweeping immigration package to Congress that offers a legalization pathway for an estimated 11 million illegal immigrants already in the country.

Recently, the DHS rescinded Trump’s public charge rule that requires prospective immigrants to be able to financially support themselves if they were to receive visas.

Ivan Pentchoukov and Isabel van Brugen contributed to this report.