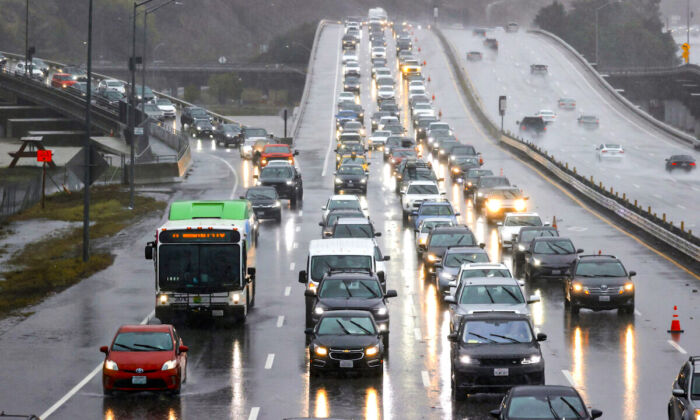 The Biden administration announced on April 1 it is raising requirements for fuel efficiency, reversing a rollback by the Trump administration.

New vehicles sold in the United States will have to travel an average of at least 49 miles per gallon of gasoline in 2026 under the new federal rules. The requirement would have been at 32 mpg if going by rules under the Trump administration.

The new regulation (pdf) marks a slightly bigger increase than the proposal outlined in August 2021 by the NHTSA in a joint rule-making process with the Environmental Protection Agency (EPA), as part of efforts to improve gas mileage and reduce tailpipe pollution.

Transportation Secretary Pete Buttigieg said the new rule “means that American families will be able to drive further before they have to fill up, saving hundreds of dollars per year.”

NHTSA estimates (pdf) that under the rule, consumers could save $1,387 in fuel costs over the life of a vehicle. but the average cost of a new vehicle would also increase by almost that much—$1,087.