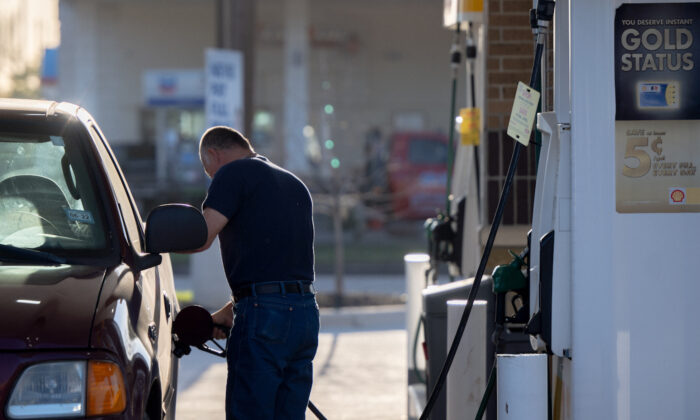 The Biden administration has canceled the sales of three major offshore oil leases in the Gulf of Mexico and off the coast of Alaska, blocking the opportunity to drill for oil in over 1 million acres amid soaring gas prices in the United States.

The Interior Department said that due to “lack of industry interest in leasing in the area,” it will “not move forward” with the proposed Cook Inlet oil and gas lease sale 258 in Alaska, in a statement to news outlets.

“The Department also will not move forward with lease sales 259 and 261 in the Gulf of Mexico region, as a result of delays due to factors including conflicting court rulings that impacted work on these proposed lease sales.”

Among the voices opposing the cancellations was former Vice President Mike Pence.

“Gas Prices are the Highest Ever Recorded and the Biden administration cancels an Alaska oil and gas lease sale? This has got to stop. Unleash American Energy Joe!” Pence said on Twitter.

Federal law requires the Interior Department to adhere to a five-year leasing plan for auctioning offshore leases. The current five-year offshore drilling program is due to expire at the end of June; the department had until then to complete the lease sales. Although federal law requires the Biden administration to prepare a replacement plan before it can hold new oil and gas lease sales, it has yet to release any such plan.

A total of 11 lease sales had been planned under the current five-year program, of which seven have been held successfully.

In January, a federal judge in Washington blocked the sale of offshore oil and gas drilling leases across some 80 million acres of the Gulf of Mexico—lease 257—ruling that the environmental review that underpinned the sale was flawed. The Biden administration did not appeal the ruling. The auction of lease 257 held in November by the Interior Department was the largest offshore oil and gas lease auction in U.S. history.

The Biden administration’s latest move to cancel offshore oil leases comes as gas prices in the United States hit another record high of $4.404 on May 11, according to AAA, just a day after hitting an earlier high of $4.374, while crude oil continues to remain above $100 per barrel.

Already high oil prices spiked in the weeks after Russia began its invasion of Ukraine in February. Prices have come down since, however, they remain elevated due to concerns about Europe’s potential ban on Russian oil.

President Joe Biden, just a week after taking office in January 2021, paused new oil and gas leasing on federal lands and waters, via Executive Order 14008. A federal judge from the Western District of Louisiana, James Cain, ordered the administration in June 2021 (pdf) to resume the sales, saying there was no “rational explanation” for the pause on new leasing. The Biden administration has appealed the ruling, but in the meantime announced it would resume plans to facilitate the leasing.

The White House has been seeking to portray high gas prices as primarily due to Russian President Vladimir Putin’s invasion of Ukraine. But critics say Biden’s energy policies, such as blocking the Keystone XL pipeline project and restricting leasing for oil and gas drilling on federal lands, has created a supply problem in the domestic market, making the United States once again dependent on foreign oil.

Naveen Athrappully and Tom Ozimek contributed to this report.