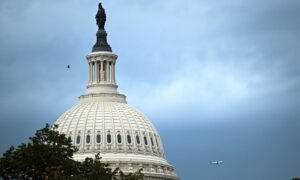 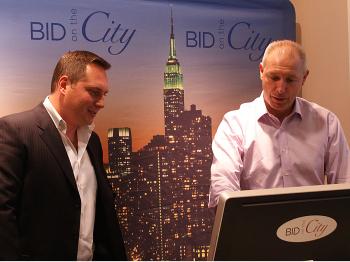 Bid on the City: Pioneering the Auction World

By Charlotte Cuthbertson
Print
NEW YORK—Sold! To the person sitting in his or her living room in Dubai. Buying a Manhattan apartment just got more comfortable—in fact, you don’t even have to leave your own home. Currently based in New York, Bid on the City is property’s answer to eBay, and it’s on the way to going global.

The auction site lists properties for sale at an average of 35 percent off the previous listing price. After 30 days and two open homes, the apartment goes under the virtual hammer and the highest bidder wins. Bid on the City takes two weeks to tie up the contract—they take 3 percent on top of the winning bid from the seller and 3 from the buyer.

Current perceptions of auctions in the United States are that they have an air of desperation for low quality goods, according to co-founder Vlad Sapozhnikov. “The auction world needs to be changed and we are the pioneers,” he said. “But eBay did all the education for us. Everyone now knows what a reserve is and how auctions work.” The company does not auction foreclosed properties.

Vlad Sapozhnikov and Albert Feinstein owned a boutique brokerage firm for 10 years in Manhattan before they anticipated the market turning sour more than two years ago. The concept evolved, and after extensive research on auctions and the tech, the site went beta in April.

Apartments have been sold each month since May, and interest in the method is growing. A developer in Harlem has sold two condos and a penthouse at 147th St. through Bid on the City, and he has three more lined up for the next three auctions, as well as some commercial space.

“He wants out,” Sapozhnikov said of the developer. “The condos are very well-priced—selling below construction cost.”

Developers are coming to them with 20 or 30 units, but the absorption rate is low and Bid doesn’t want to take on excess, said Managing Director Raymond Villani. “We’re not able to auction off that many in one day,” he said. “We proposed single properties, put in each 30-day cycle.”

So far, there have been anywhere between 3 and 12 people interested in bidding on each property that has been listed—two auctions saw no interest. Villani said there is often a tense silence before the first person bids. “Nobody wants to be first,” he said. The clock ticks down as the auction begins, and minutes are added again after each bid—not allowing for a last-second property grab. The average auction time so far is 12 minutes.

“Fifty percent of the time we have been able to close the gap between the buyer and seller,” Villani said. The seller sets the reserve price, but the Bid on the City team say 35 percent off the previous listing price is the way to go.

“The general tendency of market—and a lot of brokers don’t know and won’t tell you—you need to discount 35 percent to generate interest,” Sapozhnikov said. He said Bid on the City is great for brokers. “We do all the work.”

Villani said brokers have been a little slow to pick up the concept, afraid his company was taking their business. “But we are just another tool for them to use,” Villani said. A broker selling a property gets his or her commission from the seller.

Bidders need to register by providing an address and credit card details to verify they are over 18 and that they have $5,000—which is charged if they fail to sign a contract within two days of the auction. People from up to 14 countries have been involved in bidding so far, including Greece, Canada, and England. There have been overseas buyers from Israel and Dubai. Most buyers are local and see the place before they buy, and most interaction is done through the Bid on the City Web site.

The company has had interest from other states within the United States, as well as areas around the world that would like to replicate their platform. Bid is in discussion with people in England and Miami, and some have expressed interest in opening a franchise in California; Baltimore is also interested, Villani said. “Bid on Moscow” is on the cards as the founders have Eastern European connections that have expressed interest.

Bid will expand into the Hamptons in January and they have just come back from an event in California.

“Bid on the City has three cornerstones,” Sapozhnikov said, “approach, technology, and marketing.” The partners spent $3 million to get the company going and are not concerned about getting competition any time soon.

“It’s so hard to copy this model,” said Sapozhnikov.