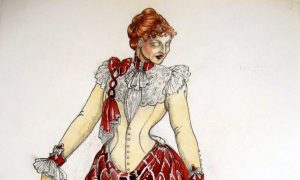 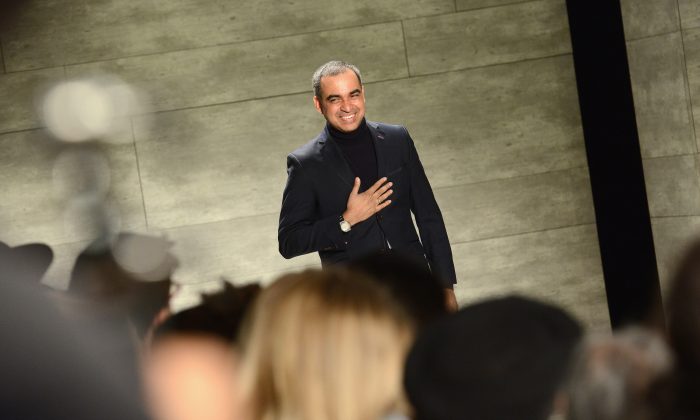 “Who do I begin to thank for the modest success I have been so fortunate to enjoy in my life?” the celebrated Indian born, international fashion and costume designer Bibhu Mohapatra asked me in a tone suggesting that he already knew the answer to his own question, when I interviewed him in his Manhattan showroom recently.

Before I gave Mohapatra, 43, the opportunity to answer this seemingly rhetorical question, though, I felt compelled to say to him that the word “modest” does not seem to be the most accurate adjective to use to describe his career.

Rather, I suggested, words like “remarkable,” “sensational,” and “phenomenal” might better characterize his achievements as a designer whose collections of upscale ready-to-wear women’s clothing are sold in trendy boutiques and department stores throughout the world, from Bergdorf Goodman in New York to Lane Crawford in China, and whose designs have been featured in a long list of trendsetting fashion magazines, including Marie Claire, Vogue, and Vogue Russia.

And those same three adjectives, I added, could also be employed to describe the long list of celebrities he has designed for, including actresses Glenn Close, Hilary Swank, Gwyneth Paltrow, Jennifer Lopez, and Lupita Nyong’o.

And, of course, to most Democrats and Republicans alike, the words “remarkable,” “sensational,” and “phenomenal” apply to first lady Michelle Obama, who on a diplomatic trip to New Delhi, India, on Jan. 25, 2015, arrived wearing an ensemble designed by Mohapatra, and was photographed standing next to her husband and Prime Minister Narendra Modi.

Still, Mohapatra remained reluctant to take full credit for this success. “Whatever my success might be,” he insisted, “it would never have happened without the love, support, and encouragement I received from my family and friends, as well as the artistic inspiration provided to me in India, and the opportunity afforded to me in America. For all this, I consider myself to be a very lucky man.”

Whatever my success might be, it would never have happened without the love, support, and encouragement I received from my family and friends.
— Bibhu Mohapatra

And there we were back to where the interview began, and, as he spoke, I learned how much his life and career are interwoven with India, America, his family, friends, and teachers.

Speaking first about his family and childhood in India, Mohapatra explained: “I was born and raised in Rourkela, Odisha, an area in India known for its sensational arts and crafts and fabrics. I was for as long as I can recall surrounded and inspired by this beautiful world of artistic opulence, and it became my dream at an early age to become a fashion designer. But please allow me to add as the youngest child in a middle-class family of three boys and one girl, my greatest source of love, inspiration, and support has, as long as I can remember, come from my parents, two brothers, and a sister. Perhaps especially my mother, who was an artist and taught me the tools of designing, starting with how to sew.”

It was that love for his family that made it difficult for Mohapatra, who had graduated from a municipal college in India in 1995, to leave that nation of more than 1 billion people for America to do post-graduate work.

“My decision to move from India, leaving behind my family as well as many good friends,” he recalled, “was the hardest decision I had ever made. But, as it turned out, it was my family and closest friends who finally convinced me to pursue my studies in America.”

Mohapatra, however, did not at first study fashion design in the East, as would be expected from a man whose childhood dream was to become a fashion designer, but studied a totally different subject in a distinctly different part of America.

Mohapatra explained, “Because there were very few fashion schools in India, I studied economics as an undergraduate in India. Actually I love economics, so it made sense for me to pursue my masters in that field in America. I wound up at Utah State, which was known to have a great economics department.”

My decision to move from India, leaving behind my family as well as many good friends was the hardest decision I had ever made.
— Bibhu Mohapatra

“But,” he continued, “I always wanted to be a fashion designer, so in addition to my studies in economics, I was working in my spare time on designing women’s wear. Fortunately, when my main professor at the university saw my work, she advised me to apply to the Fashion Institute of Technology [FIT] in New York to pursue a degree in fashion design.”

Mohapatra took that advice. In 1997, upon his graduation from Utah State with a master of economics, he moved to New York City to enroll in FIT. From there, his career in fashion would soon soar.

In 1998, while in his second year at FIT, Mohapatra won the college’s coveted Critics’ Award for Best Evening Wear Designer of the Year. With his name becoming well known in the world of fashion design, Mohapatra was hired by Madison Avenue’s J. Mendel, where he worked for the next eight and a half years.

“It was a great opportunity for me to learn, hone my skills as a designer, and develop important professional contacts in the industry. I loved the job,” he said.

Yet it was in June 2008, right after his designs won critical acclaim at Mendel’s spring collection showings that Mohapatra made the decision to resign and establish his own label bearing his own name. It was a decision, Mohapatra told me, he is thankful he made.

“Starting my own business with my own label,” he stated, “allowed me to move in a new direction into uncharted waters. It was vital to my growth as an artist, and the interconnected growth of my business, for which I am so thankful.”

Part of that growth as an artist and success as a businessman is integrally related, he told me, with his desire and ability to give back to his native state and nation.

“With the help of the Odisha state government, I am currently engaged in a project to help revive the handloom and weaving craft industries,” he explained. “This project’s main focus is to provide assistance to the various communities whose economies are based on this trade, which, while once a dynamic part of the Indian private sector, has fallen on hard times in the recent past. … This project has helped save hundreds of jobs and create hundreds of new ones. I am proud to have played a small role in its success.”

Such a success should make even a modest man feel proud.