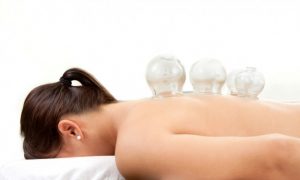 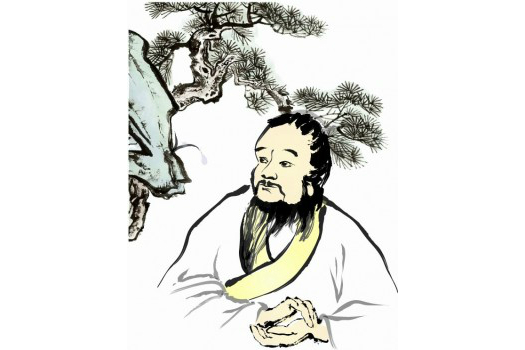 According to a record in the book “Shi Ji” (史記), Records of the Grand Historian, there was an exceptional doctor named Bian Que (扁鵲) who lived 2,500 years ago, in about the same period as Confucius during the Spring and Autumn Period (around 552–479 B.C.).

Born as Qin Yueren (秦越人), his incredible skills in medicine earned him the name Bian Que, the name of a legendary doctor from the era of Huang Di. Bian Que was gifted with clairvoyance and was well known as a doctor who could perform miracles.

It is said that Bian Que, who first worked as a noble hostel manager, obtained his knowledge of medicine and his supernatural abilities from the gifts of an elderly patron, a regular customer of the hostel who was impressed by 10 years of Bian Que’s kind and attentive services.

The patron gave Bian Que a packet of medicine with instructions for its use, and a set of precious medical books before he mysteriously disappeared.

Bian Que took the medicine as instructed. Thirty days later, he became capable of seeing through solid objects. After studying the books on medicine, he was soon able to use his X-ray-like vision and knowledge of diseases to diagnose and treat people’s illnesses.

As a doctor, Bian Que visited many states and kingdoms in China, and when giving treatments, he never differentiated between influential lords and commoners.

He had thorough knowledge on a wide range of treatment approaches, including herbal medicine, acupuncture, massage, surgery, and the use of anesthetics.

He always selected the most suitable treatment according to the specific situations of the patients.

When treating patients, Bian Que used a four-step method to diagnose illnesses. First, he would look at the patients, noting their outer appearance, skin color, tongue color, etc. Second, he would listen to their voice, breathing patterns, and chest sounds. Third, he would ask the patients questions on the symptoms they were experiencing. Lastly, he would take their pulse.

In ancient Chinese medicine, a person’s pulse can tell a doctor many things, including the person’s gender, the strength of a person’s organs, and even if a woman was pregnant or if a person was constipated.

Once, Bian Que visited King Huan, the lord of the Qi states, who treated him as a guest. Bian Que diagnosed that the sickness of the lord was caused by a disease beneath the skin, but the lord ignored Bian Que’s advice.

As the story goes, Bian Que told him, “You have disease at the level of your muscles. If it is not treated, it will go deeper.”

King Huan said, “I am not sick.” Bian Que then left.

Five days later, Bian Que again visited King Huan and said, “You have disease in the blood. If we do not treat it, it will go deeper.”

Five days later, Bian Que again visited King Huan and said, “You have a gastrointestinal disease. If not treated, it will go deeper.”

King Huan did not answer. Bian Que left yet again.

After five days, Bian Que was going to visit King Huan, but he walked away when he saw the king from afar. An attendant of King Huan asked him why he was leaving.

After five days, King Huan was in pain and sent for Bian Que, but Bian Que had left.

The lord had refused to believe Bian Que’s outlandish sounding diagnoses, believing that Bian Que was attempting to profit from his fear of death. Bian Que left when he knew the last opportunity to cure the disease was gone, and the lord died soon after.

Another record tells of a time when Bian Que visited the state of Guo. While walking in the capital, he saw that masses of people were mourning in the streets. After asking around, he discovered that the heir to the state had apparently just died. However, after hearing the symptoms, Bian Que realized that something odd had occurred, so he paid a visit to the palace.

Using acupuncture, Bian Que placed a needle on the bai hui (百會) point on the very top of the prince’s head and the prince regained consciousness.

Bian Que prescribed some medicines for the prince to take and made compresses for his body.

After a few days, the prince was back to full health and word spread far and wide of Bian Que’s great skill.

In the traditional Chinese medicine school, a doctor will always treat the whole person, soul and body. It is, therefore, important to consider internal balances of a body’s energy and personality traits, as well as what a person eats and what experiences he or she goes through in daily life.

Bian Que lived a humble and noble life, and is admired today as “a deity doctor.” He is attributed with writing the book Bian Que Neijing (扁鵲内經), the Internal Classic of Bian Que.

Even today, Chinese medicine doctors who study the school of energy channels follow Bian Que’s method. The most important work left by Bian Que is the “Yellow Emperor’s Classic of 81 Difficulties.”

It is a basic work in Chinese medicine, and it has had an important impact on the development of Chinese medical science.