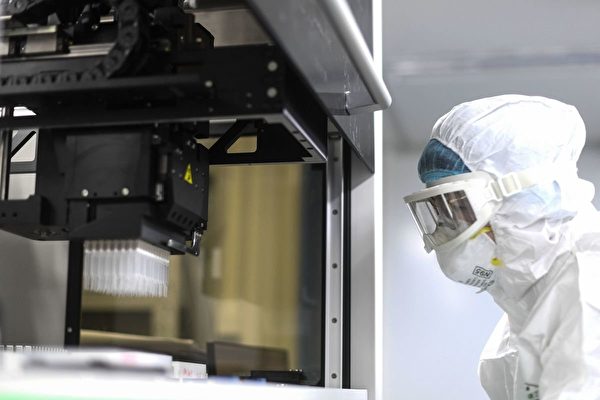 This is the third of three articles that introduce readers to the research and mission of BGI Group, China’s leading genome sequencing company with customers around the globe. Its research involves collecting, studying, and altering human and animal genes to facilitate such things as biochemical weapons development and even customizing humans.

The media in Great Britain, the United States, and Germany have reported that BGI Group, the Chinese genetic technology leader, has been working with the Chinese Communist Party (CCP) and military to identify and study the genetic characteristics of different populations. This has involved the genetic testing of millions of pregnant women from around the world.

In its stock market filings, BGI says it aims to help the ruling Communist Party achieve its goal to “seize the commanding heights of international biotechnology competition” and accomplish the globalization strategy of “One Belt, One Road.”

BGI acquired its advanced genetic sequencing technology from the United States and has since expanded its sequencing and other testing services globally. This includes the establishment of COVID-19 testing labs and selling prenatal genetic testing devices in many countries to expedite the collection of genetic and biological data. BGI also works with Chinese communication technology companies such as Huawei to establish a biological/medical big-data center where the data is used to manufacture biochemical weapons and genetically enhance China’s military.

The Epoch Times contacted the BGI Group Media Department by phone and email regarding the number of FireEye labs in the United States and the number and price of non-invasive prenatal tests. BGI confirmed receipt of the email but did not reply as of press time.

BGI Expands in the US and Collects Biological Data in Bulk

A recent report (pdf) by the U.S.-China Economic Security Review Commission (USCC) confirmed that since 2019, and on behalf of the CCP, BGI has operated in the United States to collect biological data from Americans.

But its activities in the country tarted prior to this. In November 2011, BGI and the Children’s Hospital of Philadelphia (CHOP) announced a partnership to conduct genomic research using BGI’s genetic sequencing technology and CHOP’s pediatric bio-database. BGI also partnered with the University of California, Davis, to establish a genetic sequencing center and utilize the university’s bio-database for research.

During this early period, BGI was issued an official certificate and license to analyze the genetic data of Americans. This occurred in 2015 and 2017 when the BGI Hong Kong Laboratory received a certificate from the College of American Pathologists (CAP) and a CLIA license issued by the Centers for Medicare and Medicaid Services (CMS).

A report published on July 7 by Reuters said that BGI has been using its prenatal testing services to collect both metrics (nationality, height, weight) and genetic information from more than 8 million pregnant women worldwide. BGI admitted they store and reanalyze leftover blood samples and genetic data from prenatal tests, which are sold in at least 52 countries. The report also highlighted the risk that this information could be used by the CCP for military research.

On July 10, the German Ministry of Health announced it was coordinating with the German Federal Ministries of the Interior and Justice, and the European Commission to conduct a thorough investigation of BGI’s testing operations in Germany.

Acquiring a US Gene Sequencing Company

In a summit held in September 2015, Ye Yin, then-Vice President with BGI, spoke about four key aspects of biomedical big data: first, the source used to establish a specimen and sample database; second, the use of a genetic sequencer to transform the samples into workable data; third, the analysis of that data using cloud and supercomputers to discover relevant relationships; and finally, developing the applications for the big data.

BGI’s source for step one collection of big data includes genetic tests, COVID-19 tests, and prenatal tests conducted in more than 100 countries, plus large-scale screening for the prevention of genetic diseases in China.

To facilitate step two gene sequencing, BGI obtained a loan of several hundred million yuan (tens of millions) from the China Development Bank in 2010. The funds were used to purchase 128 units of sequencing machines from Illumina, a leading multinational gene sequencing company, and start large-scale gene sequencing in China.

To further built its presence in the supply chain, in March 2013, BGI’s subsidiary company, Beta Acquisition Corporation, acquired Complete Genomics (CG), a U.S. genetic sequencing technology company for $117.6 million. The acquisition was successful after Illumina withdrew from the bidding process due to allegations by BGI that the firm was monopolizing the market. BGI’s acquisition would later provide the means for the company to build its own gene sequencer.

In 2016, BGI spun off one of its subsidiaries, MGI, a sequencer developer. MGI had begun working to reduce its gene sequencing costs to compete with Illumina and Thermo Fisher Scientific, two of BGI’s largest competitors. Then in 2018, Ye, now BGI’s CEO, announced their sequencing costs per genome were the lowest in the industry. This was accomplished, he said, by reducing consumable costs and developing their own sequencing platform.

Not everyone was pleased with BGI’s acquisition of CG. In an article published by the San Jose Mercury News before the acquisition, two members of the USCC, Michael Wessel and Larry Wortzel, said, “The transaction raises very serious national security issues.” They were referring to how advances in genomic technology could lead to the development of bioweapons to target specific populations, groups, or even individuals.

BGI’s step three computation and analysis of big data is done in collaboration with Huawei Cloud, which has close ties to the CCP military. BGI also uses high-speed computers from the state-owned company Sugon. Sugon is deeply involved in the CCP’s public security surveillance system and in June of 2019, was placed on the U.S. Export Control Entity List.

In 2010 and 2012, Illumina sued CG for alleged copyright infringement. The two companies reached a settlement agreement in 2013. Then in 2019, Illumina sued both CG and MGI for repeated patent infringements in 11 jurisdictions, including the United States, UK, Hong Kong, Germany, Sweden, and Switzerland.

In June of 2020, a U.S. court issued a preliminary injunction to prevent BGI from marketing, selling, and distributing their materials and sequencing equipment until it could ascertain whether the technology used had been stolen from Illumina.

In January of this year, the Patent Court within the UK’s High Court of Justice ruled that two of BGI’s subsidiaries, MGI and MGI Tech in Latvia, infringed on four of Illumina’s patents. Then in February, Illumina sued MGI in Hong Kong for the same practices. Until a ruling could be provided, the court required MGI to sign an agreement saying they would immediately halt their alleged copyright infringement.

Meanwhile, BGI has filed a lawsuit in a California District Court alleging that Illumina violated U.S. federal antitrust laws and California’s unfair competition laws. The matter has not yet been resolved.