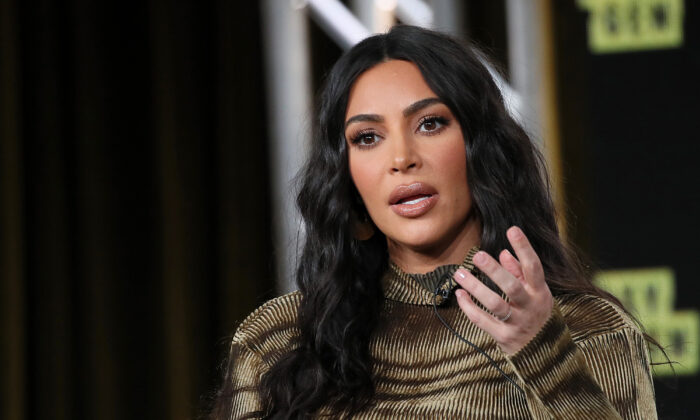 Beyond Meat Partners with Kim Kardashian in New Campaign

Beyond Meat announced on Tuesday that it would be launching a new campaign with Kim Kardashian, who will be joining the company as “chief taste consultant.”

Kardashian appeared in a promotional video to announce her new partnership with the company, in which she is expected to make regular contributions to Beyond Meat’s newsletter with “exclusive offers, recipes, content, and more,” the company promises.

Beyond Meat noted that Kardashian is “highly selective of brands she partners with,” but said she “chose to work with Beyond Meat as a long-time fan of the brand’s products and mission.”

“I believe so much in the mission of Beyond Meat that I’ve stepped in to help with my greatest asset: my taste,” says Kardashian in the promotional video.

“Now that I’m Beyond Meat’s chief taste consultant,” Kardashian says, “there’s never been a better time to go beyond.”

However, by the consensus of investors in the stock market, there have indeed been better times to “go beyond.” While the company was once the darling of the emergent meat substitute industry, Beyond Meat has since fallen from grace, as reflected by the diminishing prices of shares in the company. Currently, the cost of the company’s stock sits below $23 per share—less than its initial public offering of $25 dollars per share in May 2019, and less than a tenth of the stock’s July 2019 peak.

Further contributing to the woes of the company, it has been scrutinized over the purported health benefits of its product. Though Beyond Meat frequently touts the nutritional benefits of its product compared to animal meat, critics claim that the company’s meat alternatives are highly processed and high in seed oils, containing harmful and unnatural concentrations of polyunsaturated fatty acids.

For vegan food and beverage companies, suggestions that their products may not be as healthy as purported can do great damage to a company’s reputation.

Swedish company Oatly has also faced criticism over the nutrition content of its vegan milk alternatives, which are also heavily processed and laden with canola oil, with the company’s stock prices having fallen by over 80 percent since its stock market debut in May last year.

Such concerns over meat and dairy alternatives can also be highly politicized, as they are tied to the “Great Reset” proposed by German economist Klaus Schwab. One of the pillars of such a reset to the global economy is a drastic reduction in human consumption of meat, which Schwab’s World Economic Forum has described as “an occasional treat, not a staple.”

“If it were up to me I’d have your company seized and dismantled and your owners put in jail for poisoning the public,” said one Twitter user during a heated exchange with the official Oatly Twitter account last February, during a day in which Oatly’s social media team responded to hundreds of people criticizing the company.

Such hostility on social media is well-known to Beyond Meat too. In May 2020, the company’s product became the basis for the popular internet meme “Two Soyjaks Pointing,” modeled on a photograph of two men pointing at a sign for Beyond Fried Chicken while making the expression derisively referred to as the “soylent grin.” The meme, which implies that the phytoestrogen content of soy products has a feminizing effect on the men who consume them, is a testament to the skepticism that Beyond Meat has encountered from consumers accustomed to animal products. These concerns are mirrored by the company’s plummeting stock prices.

Beyond Meat did not respond to requests for comment on criticisms of the nutrition value and political implications of the company’s products. It is not altogether certain that such backlash is responsible for the company’s plummeting value, but the convergence of reputational and financial woes will likely prove difficult to reverse for the once-hyped company.