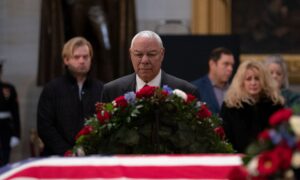 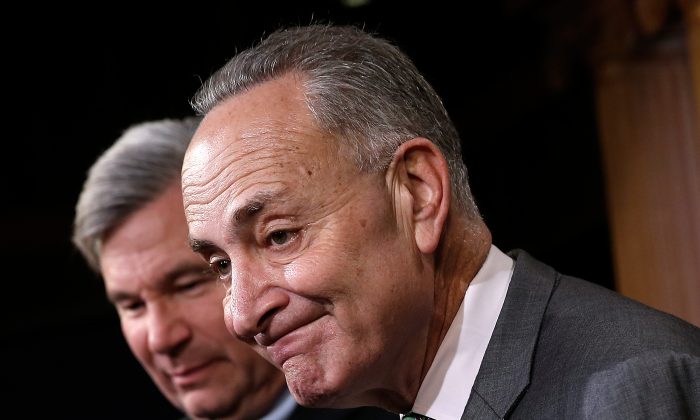 Ironically, the far right—that many on the left see as the only beneficiary of a decision that treats money and free speech as if they are the same thing—is also not happy with it. They wanted, and may still get, the end of all campaign finance reform.

This decision keeps individual giving caps in place and, in the right’s view doesn’t go far enough, although in their war of many slashes and cuts, they clearly see laws and policies trending in their direction.

If the escalation of the email that has inundated my inbox is any indication, Dems and the progressives see it in apocalyptic terms—the end of democracy as we know it and the final nod toward plutocracy, if not fascism. Many of those emails denouncing the Supremes for serving the class interests that put them there included a new pitch for money.

Money, honey—that’s the name of the game in our political system. And, it’s the game the Democrats play too. They have to, they will tell you, to “stay competitive.” They are always denouncing big money while trying to get as much of it as they can. If that’s a contradiction, so be it!

Think of how the hundreds of millions poured into politics helped finance the paralysis and stalemate we find ourselves in.

It keeps the game going—and growing. It reinforces the informed sense that politics is now a big business with an army of party apparatchiks, lobbyists, consultants, and staffers feeding at the trough.

And then there’s the parasitic army of commentators, and pundits that their presence justifies, who argue endlessly about each up-tick and down-tick of what they achieve, or more likely, do not get done.

Please recall that despite the forecasts of doom, President Obama won re-election, beating the brigades of billionaires and shrill media attacks. He attracted smaller donations, and utilized “big data” to advantage.

Electoral manipulation—or is it “persuasion”—wears new faces every day, and goes way beyond the Supremes. Consider the blatant, and so far successful, efforts underway to make it harder for minorities to vote. Where’s the outrage about that?

The big money boys can be beaten, but only when you organize from below, which is something that seems to have gone out of favor with so much of our political buzz being generated in the beltway, where an odious gang of cynical crooks and dopey curmudgeons from both parties wrestle with each other, to the disgust of much of the public who tell pollsters how little respect they have for these loudmouths in suits.

If the Congress disappeared—not that it should—who would miss it?

If you want some real scandals not covered in the media, look critically at the media. It is central to our political order. Yet media doesn’t cover its own impact, and mostly denies it has one. It tells critics no one pays attention and then tells advertisers the absolute opposite.

Look at the increase in media concentration and what passes for information programs. Why do you think the public is so uninformed? Comic David Letterman leaving in a year rated more attention than the daily deceptions in what singer Peter Tosh once called “politricks.”

Look at the rise of Fox News that has been No. 1 for the past 49 quarters and learn about how Murdoch and company used intimidation and big bucks to buy their way on the air and, then, profit from a system in which the big cable providers (and, we, their subscribers) that run his faux news pay for most of it, not advertisers.

The other day I was chatting with one of Public Citizen’s articulate Democracy for the People organizers fighting big money in politics with hundreds of protest events in cities across the county.

I asked if their efforts are covered in the media. He pointed to a picture here or photo there, but conceded that its efforts had been mostly blacked out by outlets that are currently trouncing Russia on the hour for violating democracy in … Crimea and Ukraine. (Oligarchs run those countries just as the 1 percent runs ours.)

Saving democracy here is not considered such a sexy story, perhaps because there is no incarnation of “evil” like Putin to bash.

What More from Court

As we focus on the McCutcheon decision, let us remember the other decisions we overlook because they don’t come to us in black robes.

At the same time, the Roberts Court knows the political system is corrupt, but they don’t want to do anything about. Writes Jeffrey Toobin in the New Yorker, “If you think that the Supreme Court’s decision in McCutcheon v. Federal Election Commission was bad, just wait: worse may be on the way.”

He notes that the court majority said it opposed corruption but then define it away:

“Roberts is defining ‘quid pro quo’ corruption almost as outright bribery, which Congress can outlaw. But the implication of what Roberts is saying is that anything short of outright bribery is protected by the First Amendment.”

Underscore that word “anything!”

This decision will hurt the Republicans, argues Peter Beinhart in The Atlantic, because it cements their reputation as the party by, for, and of the rich.

He writes, “Last Sunday, Matt Dowd, George W. Bush’s shrewd and independent-minded former political strategist, called it ‘ridiculous’ to think that ‘trumping out to Las Vegas to kiss the ring of a billionaire casino owner’ will help Republicans ‘get elected president.’ He’s right. It confirms the very image Republicans most need to overcome.
“The GOP’s increased reliance on big donors also makes it less likely the party will craft new policies that appeal to the blue-collar voters it needs to win.”

So, yes, the court decision is bad for those of us who still believe, naively perhaps, that politics should not be dominated by the superrich, and their corporate order.

But no, McCutcheon is not going to sink the Good Ship Democracy that, like that Malaysian airliner, may have already been heading for those waves. What used to be Davey Jones’s Locker now belongs to John Roberts and his Men in Black.

Finally, speaking of what does get over-covered. Malaysians are in the street protesting exploitative coverage of their airline tragedy. They see Fox and CNN as indistinct American media. They are calling for a boycott, denouncing U.S. TV as unprofessional and misleading for labeling Malaysia as terrorist, among other crimes and misdemeanors.

What do they know about our media that most Americans still don’t?

News Dissector Danny Schechter blogs at Newsdissector.net and edits Mediachannel.org. His latest book is “Madiba AtoZ: The Many Faces of Nelson Mandela” (Madibabook.com) Comments to dissector@mediachannel.org.