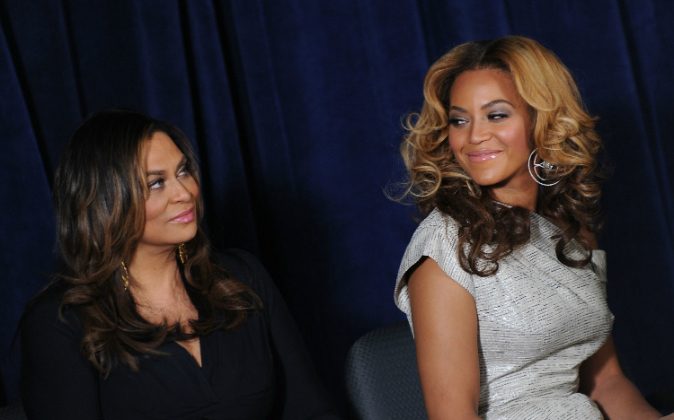 Beyonce’s Mom, Tina Knowles-Lawson on ‘Lemonade’: ‘It Could Be About Anyone’s Marriage’

There has been much speculation surrounding Beyonce’s latest album, “Lemonade” and her marriage to rapper husband, Sean ‘Jay Z’ Carter.

Now, in an exclusive interview with ABC 13 Houston, mother Tina Knowles-Lawson reveals the inspiration behind the number one album.

“People make it all about the cheating and betrayal and, yes, that’s a part of it because that is something you have to heal from,” Tina Knowles-Lawson said. “If you really listen to the poetry it is one of hope and redemption and hopefully that can be healing for people.”

Song lyrics throughout the album suggested the couple’s marriage was marred with infidelity and secrecy. On “Sorry” Beyonce sings,”Looking at my watch, he shoulda been home / Today I regret the night I put that ring on / He always got them [expletive] excuses.”

But according to the mother of the multi-platinum singer, the lyrics aren’t a reflection of the Carter-Knowles’s household but could mirror anyone’s.

Knowles-Lawson’s own marriage to the singer’s dad, Matthew Knowles, allegedly ended in infidelity in 2011 after nearly two decades of marriage.

“I remember my first little pity party and I called them crying and you know, they all came,” she recounted. “We had a slumber party, we watched old movies all night and ate ice cream—it was very healing.”

Tina Knowles-Lawson found love again with actor Richard Lawson. The couple married in 2015, where Beyonce and sister, Solange served as members of the bridal party.

“My children are my rock and they are,” she said. “Its just been the best gift god could have given me.”

Beyonce is currently performing around the country for her Formation World Tour.