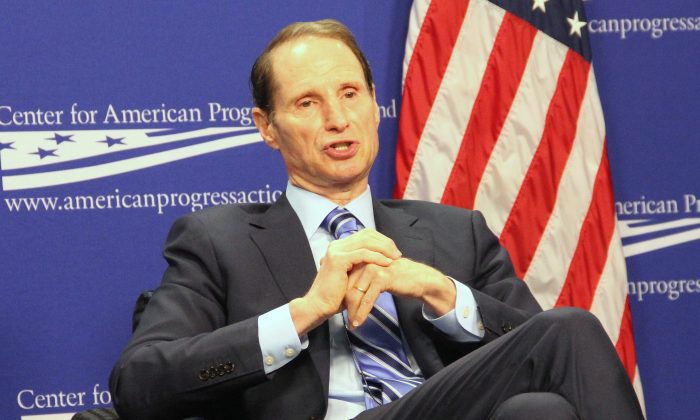 WASHINGTON—Pressure on the Obama administration to curb domestic surveillance increased this week as lawmakers proposed new legislation to limit the surveillance powers of the National Security Agency (NSA). A leading Senate critic warned that, without action, the United States was in danger of becoming a “surveillance state.”

Rep. Justin Amash (R-Mich.) had proposed legislation that would have stopped bulk collection of phone records, but the bill was rejected in a House floor vote Wednesday evening. The vote was close however, 217–205, and represented the first legislative activity by Congress to restrict NSA surveillance since the leaks from Edward Snowden, the former contractor to the NSA.

The Obama administration had issued a statement July 23 welcoming interest in ways to protect “national security and the privacy of our citizens” but criticized the House proposal.

“This blunt approach is not the product of an informed, open, or deliberative process,” the White House statement read.

Sen. Ron Wyden (D-Ore.), a member of the Intelligence Committee and a long-time critic of government surveillance programs, expressed concern about the extent of NSA powers.

Speaking at the progressive think tank, the Center for American Progress (CAP), July 23, Wyden said after 9/11, he supported the introduction of the Patriot Act, which provides legal authority to gather intelligence. Over time, however, intelligence activities have become increasingly secretive, he said. The Patriot Act is now interpreted in a way that “would astonish most Americans.”

“The combination of increasingly advanced technology with a breakdown in the checks and balances that limit government action could lead us to a surveillance state that cannot be reversed,” Wyden warned.

Wyden said there are two separate Patriot Acts, a public one available for scrutiny on the Internet and a secret one, which is interpreted by the Foreign Intelligence Surveillance Court (FISA Court).

“I don’t take a backseat to anybody when it comes to protecting genuinely sensitive national security information, and I think most Americans expect that government agencies will sometimes conduct secret operations. But those agencies should never rely on secret law or authorities granted by secret courts,” he said.

Wyden said much of what he knows is classified, but he noted that government officials have made “misleading statements” about their activities and that, under the act, government power is “essentially limitless.”

He said bulk collection of phone records is ongoing and includes cell phones.

“The piece of technology we consider vital to the conduct of our everyday personal and professional life happens to be a combination phone bug, listening device, location tracker, and hidden camera,” he said.

The NSA could also “collect, collate, and retain” personal data on everything from financial and medical records to gun ownership and reading material.

“If we do not seize this unique moment in our constitutional history to reform our surveillance laws … we are all going to live to regret it,” Wyden said.

John Podesta, founder of CAP and a former chief of staff to President Clinton, said the NSA surveillance concerns were part of a much greater issue.

“Snowden is a spectacular failure in a system engineered to malfunction,” he said.

Podesta called for a presidential commission that should be broad enough to “not only examine NSA surveillance activities and the laws governing them but also private-sector activities and telecommunications technology more generally.”