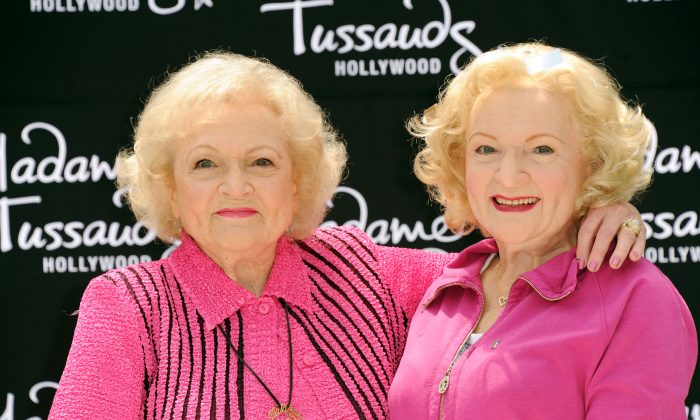 Betty White, who has been the victim of death hoaxes in the past, has not died.

A fake news report from eBuzzd.com is saying otherwise, leading many to tweet “RIP Betty White” or make comments about it.

“The world is saddened today as we slowly learn more about the death of Hollywood legend Betty White. Authorities were called to the exclusive celebrity resort La Palomas at around 2 p.m. Monday after Whites’ body was found by resort staff, a law enforcement source told the eBuzzd. The source added that investigators do not suspect drugs or other foul-play to be a cause of her death at this time, but that testing and an autopsy is needed to determine a definitive cause of death,” it reads.

However, according to its profanity-laced terms and conditions page, the site publishes only fake news.

It reads: “If you haven’t figured out yet that this site contains fake news, then I feel sorry for you. By even visiting and browsing eBuzzd.com, you accept the fact that this site does not provide real news … If you have a problem with that, then you are not allowed to view my website. Furthermore, all of the celebrities or public figures on eBuzzd.com are fictitious. Any resemblance to a real individual and/or corporation is strictly coincidental.”

A number of people on Twitter made reference to the fake death report this week.

“Betty White did not die and ice cubes don’t kill dogs,” said one person on the social media site.

Added another, “Who decides in social media which celebrity they will have pretend to die that day? #BettyWhite.”