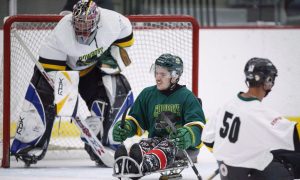 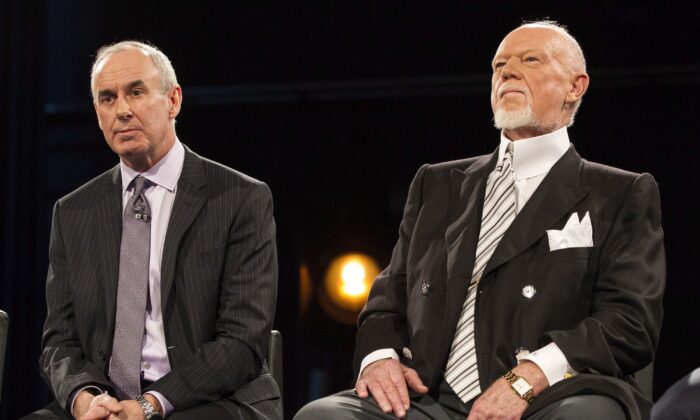 Bettman Declines to Weigh in on Cherry, Says MacLean ‘Spoke From the Heart’

TORONTO—NHL commissioner Gary Bettman said Sportsnet broadcaster Ron MacLean “spoke from the heart” during his monologue on “Hockey Night in Canada” over the weekend.

Bettman, a panellist at the PrimeTime sports management conference on Monday at a downtown Toronto hotel, said MacLean “obviously made his feelings clear.”

He declined to weigh in on Cherry’s departure.

HNIC was a longtime CBC Saturday night staple, but the show and its games moved to Sportsnet in 2014 after Rogers agreed to a lucrative, long-term rights deal with the NHL.

“Coach’s Corner” and HNIC are still broadcast on CBC in a sub-licensing deal with Rogers Media, which owns Sportsnet.

Cherry used the phrase “you people,” during the “Coach’s Corner” segment on Nov. 9 but later denied that he was singling out visible minorities.

MacLean, who apologized the day after, talked at length about his close relationship with Cherry during his monologue but said he had to choose “principle over friendship,” adding “Coach’s Corner is no more.”

Sportsnet president Bart Yabsley was originally scheduled to be a panellist on a sports media roundtable at the conference Monday morning. He was unable to attend due to a scheduling conflict, a spokesperson said.

Cherry’s firing and its ramifications have dominated the Canadian news cycle since his departure was announced Nov. 11.

The 85-year-old native of Kingston, Ont., joined HNIC in 1980 as a playoff analyst and was so popular that he was kept on as a colour commentator. CBC later created “Coach’s Corner” as a vehicle to showcase Cherry, with MacLean eventually replacing Dave Hodge as co-host.

Sportsnet is exploring new format options for the first intermission, a spokesperson said.