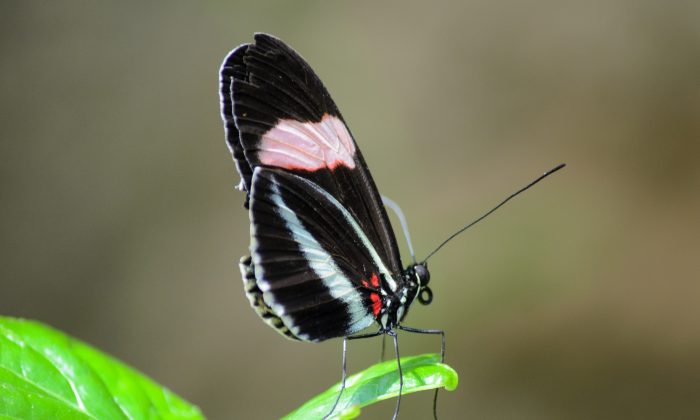 To take advantage of the butterfly effect, a new forecasting approach treats the weather as random and uses historical data to force the forecast to reflect a realistic climate. (Robert Claypool/CC BY 2.0)
Environment

The atmosphere is so unstable that a butterfly flapping its wings can, famously, change the course of weather patterns. This so-called “butterfly effect” also means the reliability of weather forecasts drops sharply beyond 10 days.

In addition, there are strong fluctuations in temperature. with increases tending to be followed by decreases, and vice-versa. The same pattern holds true over months, years, and decades.

“This natural tendency to return to a basic state is an expression of the atmosphere’s memory that is so strong that we are still feeling the effects of century-old fluctuations,” says McGill University physics professor Shaun Lovejoy. “While man-made atmospheric warming imposes an overall increasing trend in temperatures, the natural fluctuations around this trend follow the same long memory pattern.”

A Melting Arctic and Weird Weather: The Plot Thickens

To take advantage of the butterfly effect, Lovejoy’s approach treats the weather as random and uses historical data to force the forecast to reflect a realistic climate. This allows it to overcome limitations of the standard approach, in which imperfect representations of the weather push a computer model to be consistent with its model climate—rather than with the real climate.

The new method also represents an improvement over other statistical forecasting techniques that exploit only the atmosphere’s short-term memory, Lovejoy asserts.

Lovejoy’s paper uses a simple version of his new method to show that the so-called pause in global warming since 1998 can be well explained with the help of historical atmospheric data. He also concludes that this method proves more accurate over this period than the standard computer models used, for example, by the International Panel on Climate Change.

Lovejoy’s model also predicts that if greenhouse gas emissions continue at the post 2000 rate, there is a 97.5 percent chance that the “pause” in global warming will be over before 2020.