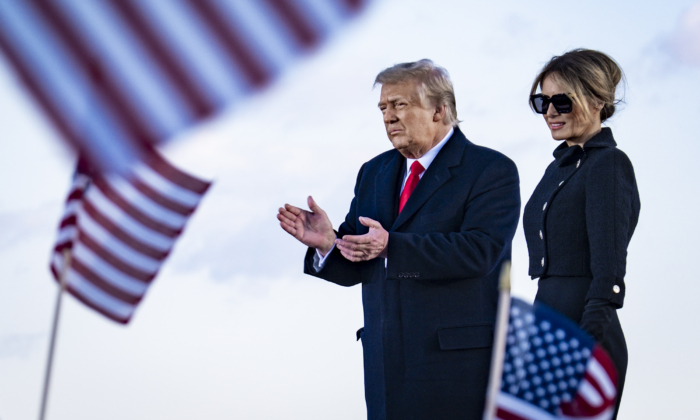 Former White House chief of staff Mark Meadows claimed that there is a “better than 50-50” chance that former President Donald Trump runs for president again.

“I’m feeling great about President Trump’s willingness to serve once again in the Oval Office,” he said in an interview with former Trump administration official Sebastian Gorka.

Meadows, who did not elaborate, said that Trump is “making all the preparations necessary” for another White House bid and is being “encouraged by his friends” and ex-Trump administration staffers.

“Ultimately, what I think you will see is a vision for America that didn’t stop on Nov. 3, didn’t stop on Jan. 20, and we need to reengage,” Meadows said. “So he’s getting major encouragement, and I would say this: I would put the odds at better than 50-50 that he runs again, and everybody should take note of that.”

However, should Trump run, he would likely have to re-establish himself on social media.

After he was banned on Twitter and Facebook, Trump has opted to send out press releases and statements via email, and some former aides have said he is planning to launch a social media platform.

“They haven’t silenced me,” Trump told Newsmax on April 6 of Twitter, Facebook, and Google moving to de-platform him. “I’m not getting into trouble because I don’t retweet people that, after you do massive research, you find out maybe you shouldn’t have,” Trump said.

Last week, Trump’s interview with Lara Trump was taken down from Facebook, with Lara Trump posting an email allegedly sent by a Facebook staffer that said it will remove content with “the voice of Donald Trump.”

“Twitter’s become very boring … many people have left,” the former president also said, adding that he helped bring life to the social media platform when he started using it years ago.

In March, Trump said that he will make a decision about running for reelection in 2024 after seeing how the 2022 midterm elections pan out.

“Based on every poll, they want me to run again, but we’re going to take a look, and we’ll see. We have first steps. First, we have to see what we can do with the House,” Trump said last month in an interview with Fox News’ Maria Bartiromo.