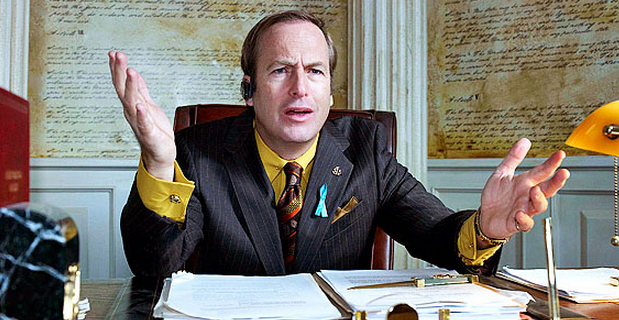 Better Call Saul, the Breaking Bad spinoff, has been on lots of people’s radar ever since it was announced.

Some new information about the show has been coming out lately.

Let’s take a look at the new info:

-Michael McKean has been confirmed as a main cast member.

He’ll star as a gifted lawyer named Dr. Thurber who is hampered by a strange affliction, reported Deadline.

Previously Bob Odenkirk (Saul) and Jonathan Banks (Mike Ehrmantraut) were confirmed on board.

-Other actors were confirmed soon after

-One or both of the crazy twins from Breaking Bad (the hit men) could appear in Better Call Saul.

Daniel Moncada, who played one of them, mysteriously tweeted a photo of himself with Vince Gilligan, saying he went to visit Gilligan after he landed in Albuquerque.

The photo prompted speculation about the twins.

-Better Call Saul will be filmed in Albuquerque

The show as rumored to be filmed there but was confirmed by the New Mexico Film Office last week.

“We welcome this incredible production team back to the state,” said Nick Maniatis, director of the state’s film office, in the announcement. “They have proven to be excellent partners with the city of Albuquerque and the state of New Mexico.”

The production will employ at least 75 New Mexico crewmembers.