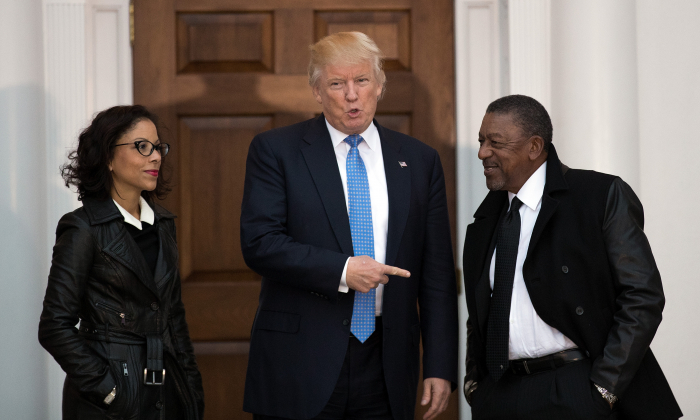 The growing economy under President Donald Trump is bringing back jobs for black workers and creating a thriving business environment, the founder of Black Entertainment Television, Robert Johnson, told CNBC.

Johnson is America’s first black billionaire. He appeared on CNBC on April 6 to discuss a newly released jobs report that showed the economy added 103,000 payrolls in March. The unemployment rate among black and Hispanic workers reached an all-time low in January.

“When you look at that [January jobs report], you have to say something is going right,” said Johnson.

Trump spearheaded the tax-cut bill, which passed Congress despite unanimous opposition from Democrats. More than 4 million Americans have received tax cut-based bonuses, raises, and other benefits since the legislation passed. More than 500 companies, including Apple, JetBlue, Walmart, and Visa, have issued such bonuses, according to Americans for Tax Reform.

Johnson has known Trump for years. Trump offered Johnson a job in the administration, but he declined because he didn’t want a government job. When Johnson met Trump in 2016, he said he believes the president wants to boost the economy by working with black Americans and all Americans.