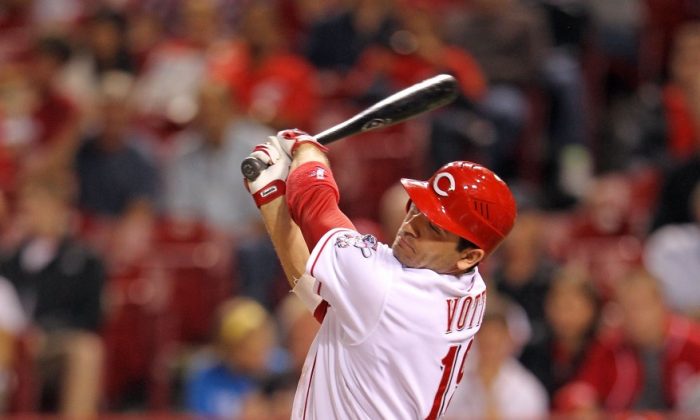 In 2011 Matt Kemp fell one stolen base shy of the 40/40 club. (Christian Petersen/Getty Images)
Baseball

With spring training in full gear, baseball has started to grab headlines of late. It’s to continue the annual rankings of what players are the best in their leagues. Today we rank the National League’s best offensive players.

For offensive players, attributes like speed on the basepaths, discipline at the plate, as well as ability to hit count in the rankings.

Age also matters as this is a projection for the 2012 season. Also consistency matters in projecting future seasons—for the most part. Obviously not all players are All-Stars in their rookie seasons but were minor-league All-Stars before that time or had some kind of indicator of greatness.

runs, 91 RBIs, 86 runs scored, 49/123 walks/strikeouts, 14/22 steals/attempts—Pence had become a good player on a bad team in Houston, but really flourished in his 54 games with Philly last year (.324 average, 11 home runs, 35 RBIs). His inclusion here was a close call over a number of competitors for a variety of reasons. Players such as Ryan Howard (Achilles injury), Lance Berkman (just turned 36), Starlin Castro (needs another year to develop), and Ryan Zimmerman (injuries) just missed the cut.