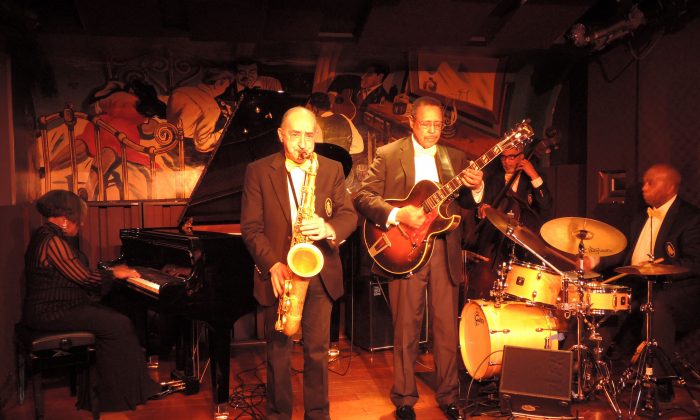 St Patrick’s Day, March 17th: Plan now for the one day of the year when everyone is at least a little bit Irish. The St Patrick’s Day on Fifth Avenue (with a green stripe painted down the middle) has an ambience that is unforgettable. It is the largest parade in the country and has bands from across the USA. Don’t forget to go to your favorite Irish pub for Irish fare and those sentimental Irish songs. Info: stpatricksparade.org

Film: Congratulations to Twenty Feet From Stardom for a well deserved Oscar! And of course to all the winners and nominees.

Theater: Satchmo at the Waldorf: This is one man tour de force for John Douglas Thompson. He takes us backstage at one of Louis Armstrong’s final performances for an inside look at his love-hate relationship with manager Joe Glaser. In contrast to his public persona, the Satchmo that Thompson introduces us to is filled with pent up anger which is finally expressed by the ailing trumpeter. At the Westside Theater, 235 W. 43rd  St. Info: Satchmonyc.com.

The audience is captivated as Cranston relives the time after the Kennedy assassination when LBJ became president and using his many political skills passed the oh-so-important Civil Rights bill of 1964 without derailing his own bid for 4 more years as the Commander in Chief. (hint-he does both!)

This is a keeper! Info: allthewaybroadway.com

Insider Theater Tip: Hidden away in the heart of Restaurant Row (46th St between 8th and 9th Aves) is an unassuming but incredibly special restaurant named Joe Allen’s. You will probably not see it advertised, for it is the Broadway crowd’s best kept secret. The food is excellent but moderately priced, which is why you may see Broadway superstars of today, and those who are aspiring to be the superstars of tomorrow dining here. (The kale and beet salad is outstanding!) info: joeallenrestaurant.com

Jazz: Minton’s Supper Club shines again in Harlem with the glamour, jazz, and ambience that we thought had been lost forever, but is now resurrected by Richard Parsons, from CEO of Citigroup and Time Warner, and current Chairman of the Jazz Foundation.

And speaking of the jazz; the outstanding “house band” on a recent trip included the fabulous Bertha Hope on piano, Mike Howell on guitar and a 6 piece band that was swoonworthy. The charming Executive Chef Alexander Smalls sets the style and content and Chef de Cuisine Banks White keeps the kitchen humming with delicious Southern creations. The waitstaff are not slouches either; present and attentive when needed and out of sight when not.

Though not a location for a cheap date, overall Minton’s offers a memorable experience worthy of special occasions and for those who just want to enjoy all that Minton’s has to offer. Info: mintonsharlem.com