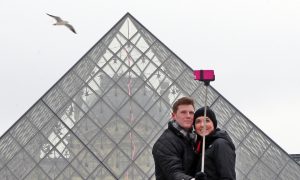 Best of Modern US Army Photography

Army strong? How about Army beautiful. Let us dive into United States Army photography, an actual career path within the military branch leading one to document, sometimes in the most spectacular fashion, the deeds of the men and women in the more than one-million-strong fighting body.

Though the Army is focused on land-based warfare, it is able to muster up considerable power in the air as well with almost 5,000 aircraft, the most menacing of which are over 700 AH-64 Apache helicopters.

Interestingly, although the Army has over 10,000 armored vehicles, only about 1,500 of them are tanks, the M1 Abrams vehicles serving since 1980. Throughout the years the tank went through several upgrades with the last one rolled out in 1992.

Yet the Army has at its disposal another 1,000–2,000 vehicles easily mistaken for a tank by a layman, the M109 self-propelled howitzers. As seen on the second picture in the gallery above, the M109 has a sizable howitzer mounted on it, which is capable of bombarding targets up to 11 miles away with massive 155 mm shells.

Another signature piece of equipment, seen on the fourth image, is the CH-47 Chinook twin-engine helicopter. In use since the Vietnam war, modern versions of Chinook can carry as much as 28,000 pounds of cargo.