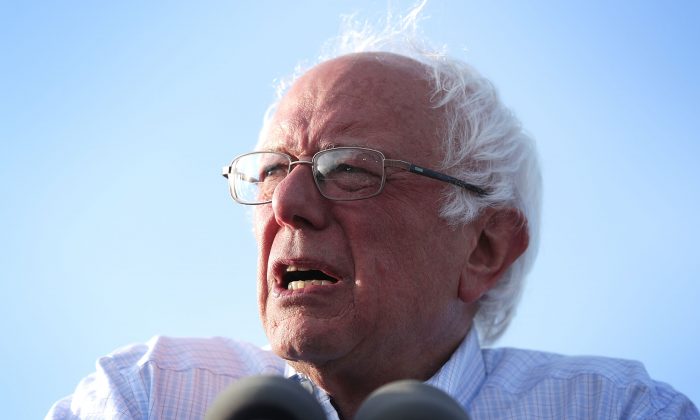 'The current approach has failed'
By Jack Phillips

Vermont Sen. Bernie Sanders, an independent, called on Democrats to come up with a new gameplan to get more middle-class voters.

“The new approach, I think, is to, A, create a 50-state strategy. That means we start playing ball in states that the Democrats have conceded decades ago,” Sanders told Democracy Now, adding that a grassroots movement is needed to combat the GOP after Republicans took over the executive and legislative branches. “I’m going to be going around the country to try to do everything that I can to create a party which represents working people and not just the 1 percent” Sanders added, per a transcript.

While Clinton and her supporters “are hurting” at the moment following the Election Day loss, Trump “touched a nerve” in the United States and now is the time for Democrats to strategize.

“So I think any independent assessment, without casting any blame, says the current approach has failed. All right? When you lose, you know, it’s like they always say about the football coach: You know, if you’re zero and 10, you’re not doing well,” he told the website. “Well, the current approach clearly is not succeeding, and we need a new approach.”

As Sanders noted, “Democrats, I had hoped—we thought we had a better than even chance of gaining control. We did not. We’ll end up with 49 seats. Democrats picked up a few seats in the House, but the Republicans will continue to control the House.”