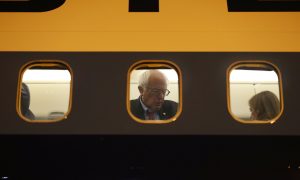 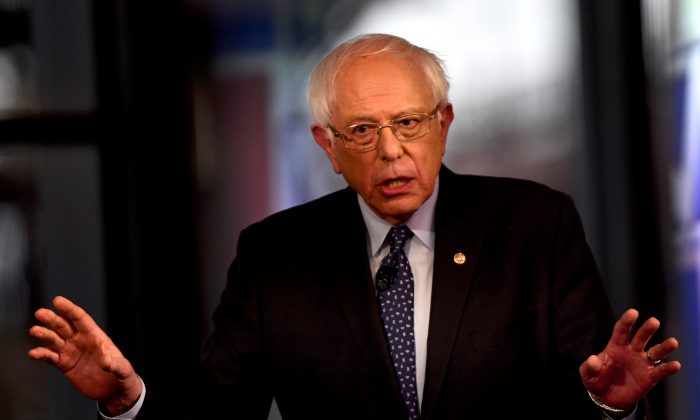 Bernie Sanders: Illegal Immigrants ‘Absolutely’ Covered in His Medicare for All Plan

“We’re gonna … create a Medicare for All health care system which guarantees health care to every man, woman, and child,” Sanders said during one of the largest Latino political gatherings in Florida, reported the Daily Caller. “We will organize the American people around the idea that all people in this country have the right to health care.”

Along with Sanders, seven other Democratic candidates made pledges about immigration and healthcare as they tried to raise their profiles among the latino voters during the National Association of Latino Elected and Appointed Officials’ (NALEO) presidential candidate forum, reported Sun Sentinel.

During the forum, the moderator asked Sanders whether his plan would include illegal immigrants.

“Absolutely, absolutely,” Sanders said in response, according to Daily Caller. “When I talk about health care being a human right, last time I heard that undocumented people are human beings as well.”

The Pew Reseach Center recently found that there are about 10.5 million illegal immigrants present in the United States.

The socialist Sanders has repeatedly touted his Medicare for All plan, which would nationalize the health care industry and cost U.S. taxpayers an estimated $32 trillion during the first 10 years. When Sanders first introduced his bill six years ago in Congress, the bill did not attract any co-sponsors, but the recent shift to the hard-left by Democratic members had seen a change of heart where now one-third of Senate Democrats and two-thirds of House Democrats support the bill.

Although Democratic front runner Joe Biden has not publicly endorsed the Medicare for All policies, he had previously told reporters that he believes the United States has an “obligation” to give free health care to illegal aliens.

Joe Biden says the US should provide healthcare to people “regardless of whether they are documented or undocumented.” pic.twitter.com/19La4DEtXK

Biden made the comment during a campaign stop on May 8 while responding to a reporter who asked whether “law-abiding” illegal immigrants should be given federal benefits.

“I think that anyone who is in a situation where they’re in need of health care, regardless of whether they are documented or undocumented, we have an obligation to see that they are cared for,” Biden said in reply. “That’s why I think we need more clinics around the country.”

Former campaign manager for Barack Obama, Jim Messina, said in April this year that he thinks Sanders wouldn’t be able to beat President Donald Trump in the 2020 presidential race.

Messina said in an interview with ABC’s Powerhouse Politics podcast this week that he thinks the Democratic socialist Sanders would struggle with winning swing voters compared to Trump when it comes to addressing economic issues.

“Bernie Sanders is unlikely to going to be able to stand up to the constant barrage that is Donald Trump on economic issues,” Messina said, adding that Sanders would likely become one of the final two or three candidates.

“And to win an election against Donald Trump you have to do both. … We’re going to look for a nominee to do both and today we would say in the general election context Bernie Sanders wouldn’t be that candidate,” he said.

In his recent comments on June 20, Trump said he thought Sanders looked worn down from his campaign trail.