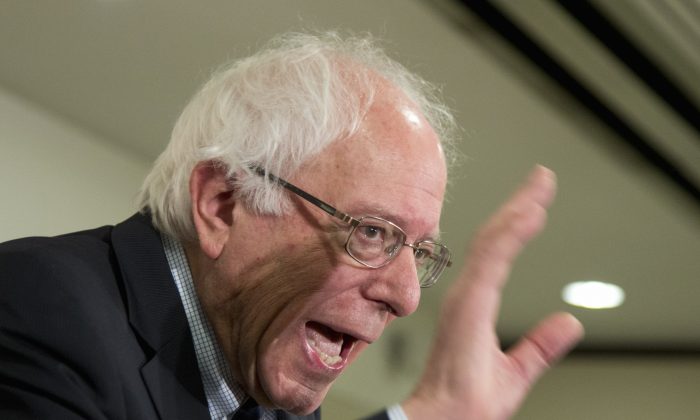 The Democratic National Committee has barred Bernie Sander’s presidential campaign from accessing its voter database in a move that some are saying is an attempt at sabotage.

The breach happened after a software error at technology company NGP VAN, which provides campaigns with voter data.

As a result of the glitch, “all users on the system across the Democratic campaigns were inadvertently able to access some data belonging to other campaigns for a brief window,” DNC spokesman Luis Miranda said in a statement.

Sanders’ campaign faulted the company in a statement for continuing to “make series errors.”

“Our campaign months ago alerted the DNC to the fact that campaign data was being made available to other campaigns. At that time our campaign did not run to the media, relying instead on assurances from the vendor. Unfortunately, yesterday, the vendor once again dropped the firewall between the campaigns for some data.”

The Democratic National Committee said that it believed a total of four people accessed the data. A Sanders’ campaign spokesman told the Washington Post that four staffers did access the data, but three of them did so at the direction of their boss, Josh Uretsky, who was fired.

But Uretsky told CNN that he and others had merely probed the system to try to discover the extent of their own data’s exposure.

“We investigated it for a short period of time to see the scope of the Sanders campaign’s exposure and then the breach was shut down presumably by the vendor,” he said. “We did not gain any material benefit.”

Sanders’ campaign didn’t download or print any of the data, he added.

The committee maintains the master list of likely Democratic voters and rents it to national and state campaigns, which then add their own proprietary information gathered by field workers and volunteers.

Following the news, some blogs and media–including the Post–claimed that the move could be an attempt by the committee to undermine Sanders’ campaign ahead of the next Democratic debate scheduled for Saturday night.

In a post circulating online, US Uncut wrote that the DNC “just sabotaged Bernie Sanders’ campaign in one devastating move.”

“As chair of the Democratic National Committee (DNC), Debbie Wasserman Schultz has spent the last 8 months using her position to put a lid on Bernie Sanders’ momentum,” it wrote. “And after what was arguably the biggest week of the Sanders campaign, she may have finally succeeded.”

A spokesman for the committee told the Post that : “We want to get this resolved as quickly as possible.”