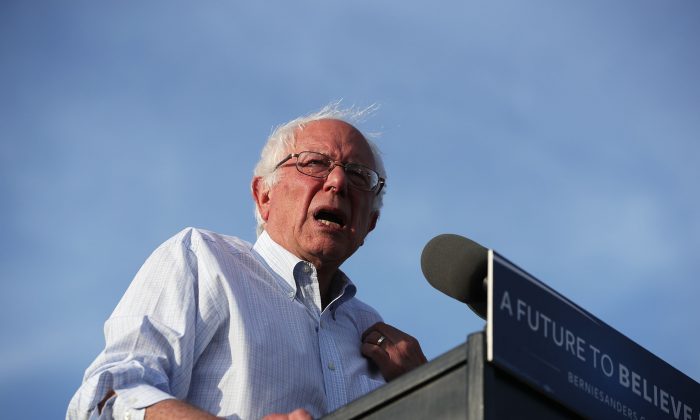 Bernie Sanders’s Campaign: ‘Nothing Polite to Say’ After Trump Victory

Sanders, the Democratic rival-turned-surrogate of Clinton, has yet to publicly issue a comment.

His campaign told CNN there is “nothing polite to say” about Trump’s victory on Wednesday.

Sanders had campaigned for Clinton across the U.S., warning about a Trump presidency, in an attempt to court the Millennial vote.

Sanders campaign statement, per CNN: “We have nothing polite to say right now.”

Throughout the course of the election, there has been speculation about what could have happened with Sanders had been the Democratic nominee against Trump—or if Sanders’s socialist message would resonate with the rest of America.

The RealClearPolitics average from May 6 to June 5 had Sanders at 49.7 percent and Trump at 39.3 percent. Although, the vast majority of polls showed that Trump didn’t have much of a chance against Clinton.

Sanders acknowledged the polls in May: “Right now, in every major poll, national poll, and statewide poll done in the last month, six weeks, we are defeating Trump often by big numbers, and always at a larger margin than secretary Clinton is.”