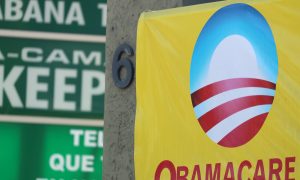 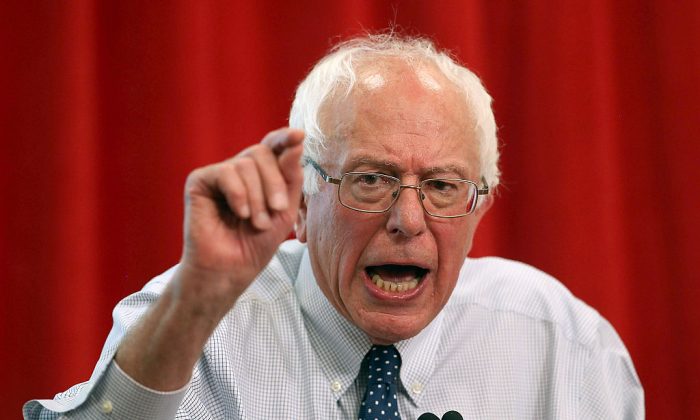 Bernie Sanders: ‘A Lot of People in the Country Would Be Delighted to Pay More in Taxes’

Socialist Bernie Sanders said during an interview late June 12 that Americans would love to pay more in taxes in exchange for the government taking over the entire healthcare system.

“Look, what we have to understand, for example … the United States is the only major country on Earth not to guarantee health care to all people as a right,” Sanders said.

“Yeah, but I suspect that a lot of people in the country would be delighted to pay more in taxes if they had comprehensive health care as a human right,” Sanders responded. “I live 50 miles away from the Canadian border. You go to the doctor any time you want. You don’t take out your wallet. You have heart surgery, you have a heart transplant and you come out of the hospital and it costs you nothing.”

“Your kids in many countries around the world can go to the public colleges and universities tuition-free, wages in many cases are higher,” Sanders added. “So there is a tradeoff, but at the end of the day, I think, that most people will believe they will be better off when their kids have educational opportunities without out of pocket expenses and when they have health care as a human right and they have affordable housing, when they have decent retirement security, I think most Americans will understand that is a good deal.”

Sanders has struggled to provide figures on how much his wide-ranging proposals would cost. According to an analysis by the Mercatus Center, expanding Medicare to every American would cost more than $32 trillion over ten years.

While support for socialist proposals in some polls has gone above 50 percent, when respondents are informed the proposals are only possible with higher taxes, support dips below the majority.

A January poll by the Kaiser Family Foundation found 73 percent of respondents favored creating a national government-administered health plan that would be open to anyone but would allow private insurance. Some 54 percent supported the complete takeover of the industry by the government. Sanders has said he supports the latter, eliminating all private insurance.

When respondents learned that such plans would require most Americans to pay more in taxes, support dropped by 23 percentage points. When respondents learned that such a shift to a government-run healthcare system would result in delays for people getting some medical tests and treatments, support dropped to just 26 percent while opposition rose to 70 percent.

The socialist healthcare systems in northern Europe and elsewhere have been suffering the most in recent years, according to the wire agency Reuters. “Healthcare systems across much of the developed world have come under increasing stress in recent years as treatment costs soar and people live longer, meaning fewer workers are supporting more pensioners,” it said earlier this year about proposed healthcare reform in Finland causing the government to fracture.

“Nordic countries, where comprehensive welfare is the cornerstone of the social model, have been among the most affected.”