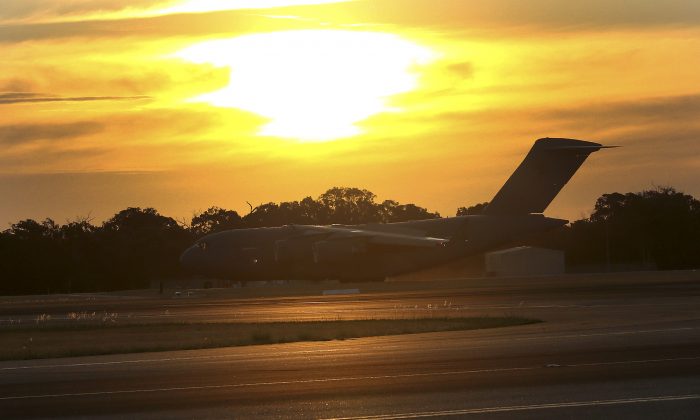 Several hoaxes are saying that missing Malaysia Airlines MH 370 was found in the Bermuda Triangle and in other places, but they’re just clickjacking scams on Facebook.

A popular one says “Video of Malaysia MH370 Plane Found in Bermuda Triangle. Passengers alive!” It includes a photo from 2013 of a plane that crash-landed near Bali, Indonesia, and it claims there’s video footage.

“The claims in the message are callous lies perpetrated by immoral Facebook survey scammers. The missing aircraft certainly has not been found in the Bermuda Triangle and the promised video footage does not exist. At the time of writing, the location of the plane and the fate of its passengers were still unconfirmed,” says a report from Hoax-Slayer.

Another scam reads: “[NEWS FLASH] Missing Plane Has Been Found!” It shows a poorly Photoshopped image of a Malaysia Airlines plane in the forest.

“The website will ask you to complete surveys and share the same website in order to view the video, but this is a trick to get you to complete the surveys that the cybercriminals behind this scam will get paid for or to spread this scam to your Facebook friends,” reads an alert from Online Threat Alerts on Thursday. “Remember, there is no video, and this is a scam. If this post appears on your Facebook Wall/Timeline, please delete it and do not like, share or comment on it. Never share, like, take surveys in order to view video.”