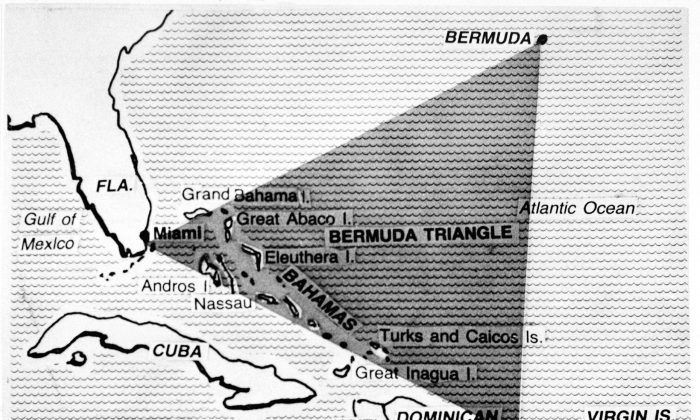 A Bermuda Triangle 1817 tsunami that tossed ships as far away as the Delaware River near Philadelphia was triggered by an earthquake.

At the time, reports said that a “tidal wave” tossed the ships, but according to a report on Tuesday, it was actually a tsunami triggered by an earthquake.

LiveScience.com reported that the tsunami was caused by a 7.4-magnitude earthquake that hit at around 4:30 a.m. on Jan. 8, 1817. It was discovered that the quake, which was originally between a magnitude-4.8 and a magnitude-6, was actually much stronger.

“That was the eureka moment,” Hough told LiveScience. “Darned if that wave doesn’t hit the Delaware River and slow way down.”

“It was interesting enough to mention,” Hough told the website. “People were feeling earthquakes on ships, and earthquakes can damage early ships. Maybe this is part of the thinking that there were strange things going on in that part of the ocean.”