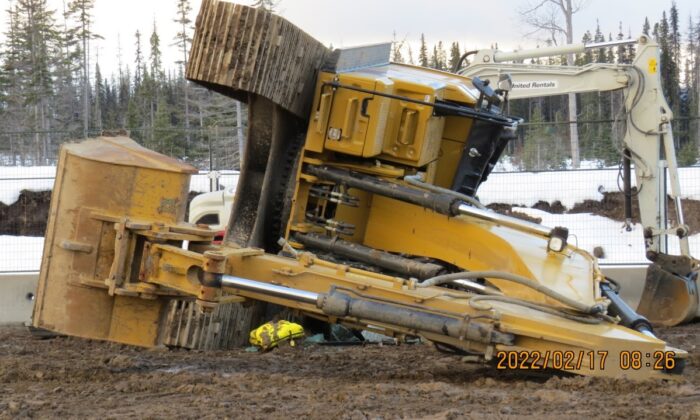 Conservative interim leader Candice Bergen wonders how quickly the Liberal government will act to address the armed attack on security guards and equipment at a natural gas pipeline site in British Columbia this week.

“This is deeply disturbing. Let’s see how urgently and decisively the Liberals deal with this,” Bergen said on Twitter Thursday.

Bergen’s colleague MP Leslyn Lewis also commented on the attack, drawing a comparison between that and the Liberal government’s decision to invoke the Emergencies Act to deal with protests in Ottawa against COVID-19 mandates and restrictions.

“In BC violent pipeline protestors are causing mayhem, meanwhile in Ottawa the PM has invoked the Emergencies Act on peaceful truckers outside his office, having their vehicles impounded, their licenses taken away and their bank accounts frozen,” she wrote on Twitter.

In BC violent pipeline protestors are causing mayhem, meanwhile in Ottawa the PM has invoked the Emergencies Act on peaceful truckers outside his office, having their vehicles impounded, their licenses taken away and their bank accounts frozen. https://t.co/8foBciVaiy

RCMP said that shortly after midnight on Feb. 17, they were called by security at the Coastal GasLink (CGL) site near the town of Houston in northern B.C. who reported being attacked by assailants.

“It was reported approximately 20 people, some armed with axes, were attacking security guards and smashing their vehicle windows. It was initially reported that some CGL employees were trapped, but all had managed to safely leave the area,” the police said in a statement.

RCMP said the road to the worksite was blocked with downed trees, tar-covered stumps, wire, and boards with spikes in them, and fires had been lit in the debris.

Several people threw smoke bombs and fire lit sticks at officers as they worked their way through the debris and traps, police said. At least one officer was injured.

When police finally arrived at CGL’s drill pad site, they found “significant damage” had been done to heavy machinery, fencing, and portable buildings.

This is a very troubling escalation in violent criminal activity that could have resulted in serious injury or death. This was a calculated and organized violent attack that left its victims shaken and a multimillion dollar path of destruction, said Chief Superintendent Warren Brown.

“I haven’t seen anything even remotely close to this in Ottawa during the last three weeks. Yet the House of Commons is shut down for arrests in Ottawa, which stopped our debate and challenge against the draconian Emergencies Act,” she wrote.

Public Safety Minister Marco Mendicino told reporters Friday that he’s “deeply concerned” about the attacks, and his thoughts are with the injured RCMP officer and his family.

“I want to make it clear that no matter what your cause, or your views are, on any subject matter, there is never any justification for violence towards your fellow Canadians and that obviously includes the members of the RCMP and other members who work in our law enforcement,” he said.

“If the Trudeau government is set on using the Emergencies Act to end blockades, then they should also use it to follow the money, seize the associated vehicles and provide all of the resources necessary to ensure those illegally acting here are arrested for damaging and blocking this critical export infrastructure,” he wrote on Twitter.

“There is no excuse for such violence and intimidation. All workers deserve to be protected from harassment and harm,” he said.

In a statement, CGL said the assault on Feb. 17 took place in the same location as a two-month blockade in 2021 that protested the pipeline’s construction, and that it caused millions of dollars in damage.

“In one of the most concerning acts, an attempt was made to set a vehicle on fire while workers were inside,” the company said, adding that the vandalism caused dangerous leaks that it is working to clean up.

The project is opposed by Wet’suwet’en hereditary chiefs and environmentalists, who want it abandoned. In the past three years, RCMP has enforced three court orders against blockades set up by the chiefs and their supporters.

In 2020, the protests spread to other parts of Canada, with blockades of railroads and roadways going on for weeks in an attempt to stop the project.

CGL said its project is “lawful, authorized, and fully permitted” by government and has the support of all 20 elected First Nation band councils along the pipeline route.

Lee Harding contributed to this article.