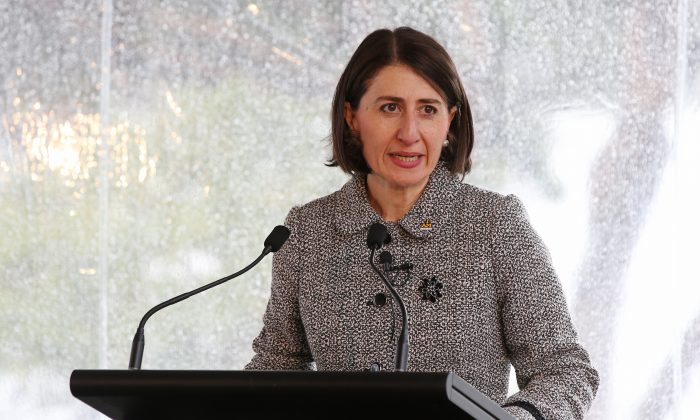 The coalition government led by Gladys Berejiklian has been returned to power for a third term in NSW following Saturday’s state election, Antony Green says.

She is the first woman to be popularly elected premier in NSW history.

Happy Election Day everyone. This election is a choice between my Lib/Nat team delivering more jobs, infrastructure, hospitals and schools to take the pressure off you – or Labor that wants to increase taxes, cancel projects and bring NSW to a standstill like they did last time. pic.twitter.com/8dxKXts3k4

Although the Berejiklian government suffered swing against it at Saturday’s NSW state election, it hasn’t been enough to force it out of power.

ABC election analyst Antony Green is predicting the coalition has won 45 seats, Labor 31, the Greens three, the Shooters, Fishers and Farmers Party two, with three independents, with nine of the seats still in doubt at 8:30 p.m.

All set to go. pic.twitter.com/siPjlBOqQG

“On these numbers there’s no way Labor will end up with more seats than the coalition,” Green said.

“But the question is whether the coalition get a majority government or not.”

Labor has claimed a win for sitting MP Jodi McKay in the ultra-marginal seat of Strathfield, while Jenny Leong has held onto the seat of Sydney for the Greens.

Some seats have been called early, with the Shooters MP Phil Donato retaining Orange, while independent Greg Piper will return as the MP for Lake Macquarie.

The Shooters, Fishers and Farmers vote may also push the Nationals out of Murray, Barwon and Upper Hunter.

Nationals leader John Barilaro said he expected some swing to the Shooters, but was confident the coalition partner would hold its seats.

“When people feel anxious in the regions, they’ll look at their vote going elsewhere. The Shooters have been out there as an alternate voice,” he told the ABC.

“I’m not sure if we’ve done enough to hold it, but I’m still confident that we went into today and we can hold all our seats.”

Counting started in the knife-edge NSW election after polls closed at 6pm following a three-week campaign.

A Nine/Galaxy exit poll indicates the Berejiklian coalition government will be returned, but in minority.

A special Newspoll, published earlier in The Weekend Australian, suggested the coalition is ahead of Labor 51-49 on a two-party preferred basis.

More than four million people were expected to cast their votes on Saturday, at more than 2,200 polling booths around the state.

Nearly 1.1 million people took advantage of early voting, with about one-in-five making their decision at pre-poll centres or via the post, internet or telephone.

The Liberal-Nationals went into Saturday’s election with 52 seats in the lower house but it needs to only lose six seats to relinquish its majority.

Labor needed to pick up 13 seats to clinch an outright majority.