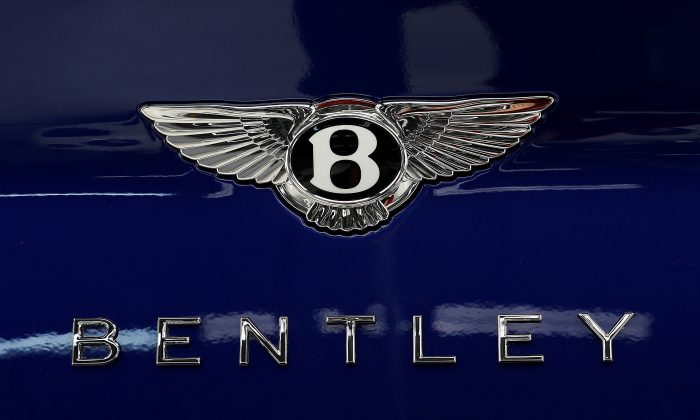 The boot badge is displayed on a Bentley Continental GT at the luxury automakers's manufacturing facility in Crewe, Britain Oct.15, 2018. (Darren Staples/Reuters)
Companies

Bentley, Aston Martin and McLaren Are Slashing Thousands of Jobs

Bentley said in a statement Friday that it plans to cut 1,000 jobs in the United Kingdom, or about a quarter of its workforce. The company, which was founded 100 years ago and is owned by Volkswagen, said the arrival of the CCP (Chinese Communist Party) virus meant that an “urgent reduction in the workforce” was needed.

The carmaker said it had offered voluntary separation packages to workers, but could not rule out future compulsory redundancies. “Covid-19 has not been the cause of this measure but a hastener,” said CEO Adrian Hallmark.

Bentley had already stopped recruiting new employees, released its contractors and frozen worker pay. Nearly 70 percent of its employees were placed on a UK government furlough scheme at the peak of the pandemic.

The news came one day after Aston Martin announced plans to eliminate 500 jobs because of slumping sales. The carmaker, known as the preferred ride of fictional spy James Bond, is also changing its CEO, hiring Tobias Moers away from Mercedes-AMG last month.

Formula One team owner McLaren said in a statement on May 26 that it was shedding 1,200 jobs, or more than a quarter of its 4,000-strong workforce. It said the cancellation of racing events, the closure of production facilities and showrooms around the world and a reduced demand for technology were all contributing factors.

“It is a course of action we have worked hard to avoid, having already undertaken dramatic cost-saving measures across all areas of the business,” said executive chairman Paul Walsh. “But we now have no other choice but to reduce the size of our workforce.”

Luxury British carmakers have seen weak demand for some of their models in recent years, a trend fueled by a global auto slowdown and uncertainty over Brexit. The CCP virus pandemic is adding to the sector’s problems, forcing factories and showrooms to shut and the Formula 1 season to be postponed.

“It has been a black week for UK Automotive with devastating job cuts across retail and manufacturing coming hard on the heels of earlier losses. Whilst the industry is fundamentally strong and agile, it is not invincible,” Mike Hawes, CEO of The Society of Motor Manufacturers and Traders, said in a statement on Friday.