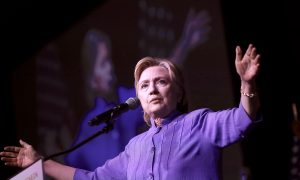 WASHINGTON—Republicans on the House Benghazi Committee harshly faulted the Obama administration Tuesday for lax security and a slow response to the deadly 2012 attacks at the U.S. diplomatic outpost in Libya. But they produced no new allegations about then–Secretary of State Hillary Clinton.

The attacks, which killed four Americans, including U.S. Ambassador Chris Stevens, have been repeatedly cited byRepublicans as a serious failure by the administration and by Clinton, the presumptive Democratic nominee for president.

But the committee’s 800–page report, released by Republican members, offered no “smoking gun” about Clinton’s role. Rep. Trey Gowdy, the panel’s chairman, has repeatedly said the report was not aimed at her, though Democrats have accused the committee’s Republican majority of targeting her throughout.

The report from the two–year, $7 million investigation severely criticizes the military, CIA and administration officials for theirresponse as the attacks unfolded the night of Sept. 11, 2012, and their subsequent explanation to the American people.

Gowdy said he was not prepared to pass judgment on Clinton and said that opinions about her do not appear in the panel’s report.

Eight hours after the two assaults began, “Not a single wheel of a single U.S. (military) asset had turned toward Libya,” Gowdy, R–S.C.., told reporters at a Capitol Hill news conference. “Think about that for a second.”

He said military leaders told the committee that they thought an evacuation was imminent, slowing any response.

The Libya attacks became immediate political fodder, given their timing in the weeks before Obama’s re–election, and that has not abated despite seven previous congressional investigations. There has been finger–pointing on both sides over security at the U.S. diplomatic outpost in Benghazi and whether the White House initially tried to portray the assault as a protest over an offensive, anti–Muslim video, instead of a calculated terrorist attack.

The GOP report offers no major revelations, but that won’t quiet the criticism of Clinton from conservatives, likely Republicanrival Donald Trump and other detractors. The committee interviewed more than 100 witnesses and reviewed some 75,000 pages of documents, but an almost accidental discovery by the panel last year has overshadowed Clinton’s candidacy.

The committee disclosed that Clinton had used a private email server to conduct government business, a practice that is the subject of an FBI investigation.

There was division even among the panel’s seven Republicans. Two of them, Mike Pompeo of Kansas and Jim Jordan of Ohio, wrote what amounts to a dissenting report that is far more scathing toward Clinton and Democrats generally.

Pompeo called Clinton’s actions in the wake of the attacks “morally reprehensible,” and he and Jordan said her public comments about the attacks differed sharply from her private assessments to members of her family and diplomats from other countries.

“This is not about one person,” he said.

Republican insistence that the investigation was not politically motivated was undermined last year when House Majority Leader Kevin McCarthy, R–Calif., suggested that the House committee could take credit for Clinton’s then–slumping poll numbers. The remark contributed to McCarthy’s failure to win election to House speaker.

The report documents that the U.S. was slow to send help to the Americans “because of an obsession with hurting the Libyans’ feelings,” Gowdy said. The report also portrays a “series of heroic acts” by Americans under attack.

Military leaders have testified repeatedly that they didn’t have intelligence information on what was happening or the resources on alert to respond in time to the two attacks, hours apart.

Committee Democrats released their own report Monday saying that while the State Department’s security measures inBenghazi that night were “woefully inadequate,” Clinton never personally turned down a request for additional security. Democrats said the military could not have done anything differently that night to save the lives of the Americans.

On Tuesday, the panel’s Democrats denounced the Republicans’ report as “a conspiracy theory on steroids—bringing back long–debunked allegations with no credible evidence whatsoever.” The statement added: “Republicans promised a process and report that was fair and bipartisan, but this is exactly the opposite.”

The State Department also issued a statement Tuesday, saying that the “essential facts” of the attacks “have been known for some time,” and have been the subject of numerous reviews, including one by an independent review board.

Spokesman Mark Toner said the department had implemented most of the recommendations of the independent review board and was continuing to expand security at its facilities and improve its threat assessment.